While some states are beginning to open up, Colorado just instituted a new rule—we have to “recreate” within ten miles of our homes. No hiking in the mountains, unless we already live there. No driving out on the plains to look for raptors. No chasing rarities in other parts of the state. If the bird isn’t in my immediate area, I’m simply out of luck.  I can’t even walk the trails at our county’s nature centers, as they’re at the other end of town, far past my ten-mile radius.

END_OF_DOCUMENT_TOKEN_TO_BE_REPLACED 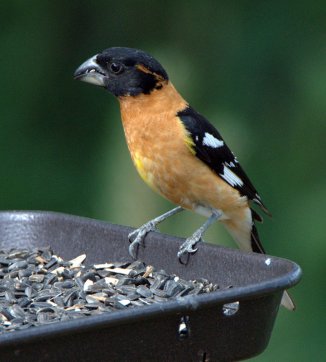 I love looking at birds. I love getting outside, going for a walk, spying that tiny ball of feathers nearly invisible in the bushes or hiding in the grasses. On a really good day, I even have the thrill of adding a new species to my life list. But now that I’ve been birding for 16 years, I find myself looking for an additional challenge.

END_OF_DOCUMENT_TOKEN_TO_BE_REPLACED

The bee balm (Monarda) and mint hyssop (Agastache) won’t bloom until mid-summer, and the flowers on my California fuchsia (Epilobium canum) appear even later. Yet, despite the lack of these hummingbird favorites, the birds are on the move, heading north to nest. While I like to think that I’m aiding their survival, I know they will do fine without me. Still, I’m hustling to fill and hang my feeders. It isn’t that the birds need me—I need them!

END_OF_DOCUMENT_TOKEN_TO_BE_REPLACED 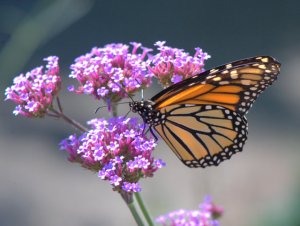 The neighborhood where I live seems to be a magnet for door-to-door salespeople selling services. One company in particular has been particularly persistent in their marketing attempts—an exterminator.

The first time they rang the doorbell, I politely but firmly told the guy I did not want my yard sprayed. I consider a diverse arthropod population to be a sign of a healthy landscape. I particularly want insects around to feed the birds I feed. Moreover, I had just planted a pollinator garden, designed to attract bees, butterflies, moths, and other fascinating creatures;. The last thing I wanted was to kill my invited guests.

END_OF_DOCUMENT_TOKEN_TO_BE_REPLACED

I can’t tell you how thrilled I am. Last night our daughter sent us the following text about two of our granddaughters, currently aged 4 and 6:

END_OF_DOCUMENT_TOKEN_TO_BE_REPLACED

I haven’t been birding in what seems like ages. I won’t go into the list of reasons, but it involves a new job and lots of home organizing. I need a birding fix. Truly, I’m getting desperate.

A couple of years ago I wrote a post titled “15 Birdy Things to Do When You Can’t Go Birding.” I was in a similar situation—I’d sprained my ankle and was propped up on the couch, missing out on a number of local birding trips. One of the items on my list of things to do was to watch live bird cam feeds.

END_OF_DOCUMENT_TOKEN_TO_BE_REPLACED 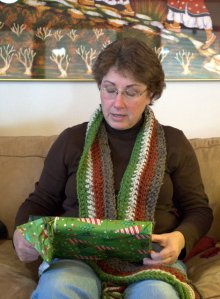 Here we are, down to the wire. Christmas is on Monday. Hopefully you’ve finished up all the “should do’s” and now have time to enjoy the “want to do’s”—spending time with loved ones, enjoying the neighborhood decorations, munching Christmas cookies and drinking hot chocolate, and contemplating the reason we celebrate in the first place.

However, if you’re still scrambling for gifts, I can help you with some suggestions for the birder and/or gardener in your life. All of these are last minute approved, and all should fit into the budget no matter how much you have left to spend.

END_OF_DOCUMENT_TOKEN_TO_BE_REPLACED

There are about a zillion bird feeders on the market. They come in a huge variety of shapes and sizes. They’re made from anything from plastic to wood to gleaming copper. Some hang from supports or tree branches, others perch on posts, attach to deck railings, or are anchored at ground level. Some feeders are designed to attract squirrels and others claim to exclude them. There are feeders to match every kind of seed, from tiny nyjer to peanuts in the shell, plus specialized feeders for corn cobs, suet, meal worms, jelly, fruit halves, and sugar water. With so many to choose from, how can one possibly decide which is the perfect feeder to buy? END_OF_DOCUMENT_TOKEN_TO_BE_REPLACED

The summer birds have all departed for southern climes or lower altitudes. Many of our human friends have done likewise. Those of us who remain are simmering soup, digging out winter clothes and making sure our homes are snug and warm. The birds who hang around all winter have the same needs—high energy food, winter clothes and snug, warm homes.

We can’t help much with the wardrobe—birds already have down jackets! When they get cold, they simply puff up their feathers, trapping warm air against their bodies. This works remarkably well—until the wind kicks in. And we have a lot of wind.

END_OF_DOCUMENT_TOKEN_TO_BE_REPLACED

Last year, our son-in-law, Ian, fell when the ladder he was using collapsed out from under him. Given that his head had been more or less at the same level as the eaves of their single story house, it had accelerated to approximately 13 feet per second when it hit the cement patio. Unsurprisingly, the impact knocked him out. Thankfully, all he suffered was a severe concussion. It could have been much worse.

From our backyard, I have been watching a Northern Flicker make a hole in the mostly-dead oak tree next door. According to one website, the woodpecker’s beak is hitting that trunk at a significantly higher speed than Ian’s head was going when it hit the pavement—closer to 19 feet per second.