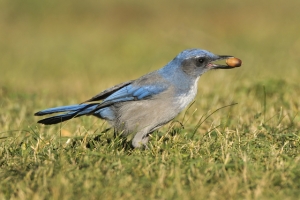 From the big questions (how many species of birds are there?) to specifics (should the Bullock’s Oriole and the Baltimore Oriole be merged into one species called the Northern Oriole?), birders have long endured a bit of confusion. It seems even the most eminent ornithologists disagree on these and similar conundrums.

In 1946, a paper published by Ernst Mayr asserted that there were  8,616 species of  bird worldwide. Today, the consensus is that there are closer to 10,000 although estimates vary widely. What happened?

In 1973, scientists decided that the two most common American orioles, the Bullock’s Oriole in the west and the Baltimore Oriole in the east, were really the same bird. Where their ranges overlapped, they mated and produced fertile young. Then, in 1995, the two species were separated again! Why?

When taxonomists combine two or more species into one, that’s called “lumping.” When they decide that different subspecies or races are really separate species, that‘s known as “splitting.”

Back in the day, a species was defined as a group of animals that were able to interbreed and produce fertile offspring in nature. Other criteria—behavior, anatomy, habitat—were also considered.

With the advent of DNA testing, the science of taxonomy radically changed. We can now look at the actual percentage of overlap between different groups of organisms. The whole concept of “species” is being redefined.

Happily for us listers, the current trend is toward splitting rather than lumping. That means there are more birds for us to check off—and sometimes a new species turns out to be a bird we’ve already seen! This is why it’s a good idea to keep track of races and subspecies when we’re out birding.

My life list has definitely benefited from all the splitting going on. For example, the Cackling Goose is now a separate species from the ubiquitous Canada Goose, and I can count both of them. (I listed all the other extra birds I have because of recent splits at the end of this post.) On the other hand, I’ve lost potential lifers, too, such as all those Dark-eyed Junco subspecies. I still keep notes on lumped subspecies, just in case. The field is so volatile, you never know when those lumped species will be split apart again.

It’s a good idea to keep an eye on species being considered for potential splits. (Sibley’s website is a good resource.) I recently read an article about Lilian’s Meadowlark, currently a subspecies of Eastern Meadowlark found in the southwest. I wish I knew if the birds I saw in Texas were Lilian’s, but I couldn’t even tell the Easterns from the Westerns. No one was singing in January.

White-breasted Nuthatches are another potential split. I know I’ve seen them all over the country. While they are still currently considered the same species, I’m ready should the splitters decide to separate them.

Many people watch birds, enjoy their bright colors and entertaining behavior, and never make a note to record their sightings. That’s great, and I wish more people would discover birdwatching. However, if we are going to the trouble to keep a life list, it’s to our advantage to learn the subspecies too. I don’t list every single time I see a particular species (my computer would be overflowing with House Finch notes!), but I do keep track of familiar birds seen in other places. I never know when I might want that information.

Photos: The Western Scrub Jay, Curved-billed Thrasher, and Willet are all being considered for splitting.
_____

My Gains from Splits