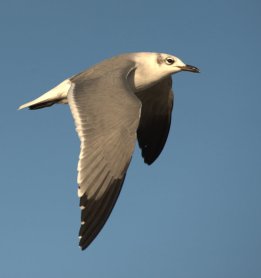 Birds are pretty amazing creatures. A recent question from a friend helped me realize just how amazing.

Our friends recently returned from a Caribbean cruise. At one point, when they were somewhere off the coast of Yucatan, their ship was out of sight of land. Yet, to their surprise, there were birds flying overhead. When they got back, they asked me, “How could the birds be out in the middle of the ocean like that? Don’t they need land nearby so they can rest?” 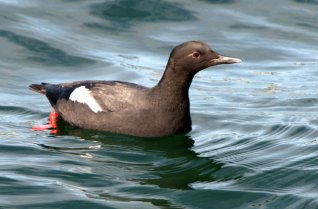 I explained that it really wasn’t unusual for the birds to be out at sea. For one thing, if they get tired they can always land on the ship. A cruise ship is huge, and there are plenty of places to roost. It’s likely that the birds they saw can also land on the water. Lots of birds do that: ducks, gulls, and puffins immediately come to mind.

Then, many species can fly long distances without stopping. Dozens of species fly 500 miles or more across the Gulf of Mexico twice a year as they migrate! Even Ruby-throated Hummingbirds fly that far—without landing on the ocean (and no, they don’t ride on geese!). And the albatross can spend up to five years at sea without ever coming back to land. The short distance from shore to a cruise ship is no big deal, even if the ship is briefly out of sight of land,

Mentioning the albatross brought up another question—how do the birds survive at sea for so long? Can they drink salt water?

In the case of the hummingbird I just mentioned, the answer is no, it can’t. Yet they can fly for the 26 hours it takes to cross the Gulf, with no food or water or even a rest stop! How do they do it? The tiny birds have an ingenious solution. Before leaving for the trip, they lay on fat—lots of fat, two grams, enough to double their body weight. Then, once they’re over the water, they burn that fat for energy. One of the by-products of this metabolic process is water, enough to keep them hydrated for the duration of their flight. However, you can bet that the moment they reach shore, they head for the local canteen! 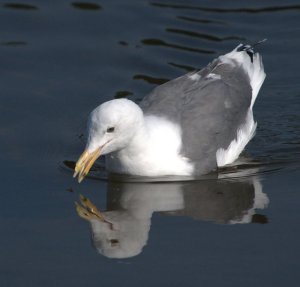 However, marine birds can drink salt water. They have a desalination plant in their heads! When these birds take in salt, it’s absorbed into their bloodstream in the same way as any non-marine bird—or human, for that matter. As you’d expect, their kidneys filter out some of the excess. However, the salt gland over their eyes—something other birds lack—removes far more salt than the kidneys can. This gland creates a concentrated brine that flows through a pair of ducts to the nostrils, openings in the upper beak. The next time you see a bird with what appears to be a runny nose, you’ll know it’s been drinking seawater.

Birds have some remarkable adaptations, but there’s more hiding behind those pretty feathers than ornithologists yet understand. For example, let’s return to the albatross. In a study involving two of the species, scientists discovered that they somehow sense the ocean depth. One species confines its foraging to shallow waters, while the other only hunts in waters over 1000 meters (3,281 feet) deep. How can the birds determine the how deep the water is? We have no idea!

The answer to last week’s quiz is American White Pelican.