It was a lovely hike, even if the plants were all still dormant. Coming back to the car, I bent over to unlace my hiking boots, only to discover that my laces were a solid mass of stickers—graceful foxtails, round burrs, and what looked like exceptionally tenacious Velcro. As I worked the knots loose while trying to protect my fingers, I was once again impressed by how capable plants are at getting around. Their lack of legs doesn’t slow them down at all!

Of course, it’s not the parent plant that travels. Rather, they’ve developed a myriad of ways to send their offspring abroad. It makes sense. Plants need space in which to sprout and grow, and if their seeds landed on top of the parent plants, they’d just get in one another’s way. It’s far better to spread out, with each seed finding a new place to put down roots. That way there will be plenty of sunshine, water, and nutrients to go around.

How do seeds disperse? Sometimes, all it takes is gravity. Heavy seeds will simply drop. If the seed coat is sturdy enough to survive the impact, the seeds may then roll, especially if the plant is on a slope. In other cases, the pod or fruit breaks apart, freeing the seeds inside. Even for small plants, sometimes gravity is all it takes. Salvia is an example of a plant with seeds scattered by gravity.

Water can help move seeds around or be the primary means of dispersal. It make sense that the seeds of aquatic plants float, so they can be carried along by rivers and currents. They’ll need water to grow wherever they’re going. Or how about the coconut? They can float long distances—the reason tropical island beaches are often ringed with coco palms.

Some seeds travel by air. Dandelions aren’t the only ones with parachutes. Many  plants in the sunflower family (Asteraceae or Compositae) have seeds attached to light, fluffy tufts that are captured by the slightest breeze. Western salsify immediately comes to mind; its seed head (below) looks like that of a dandelion, only larger and sturdier. 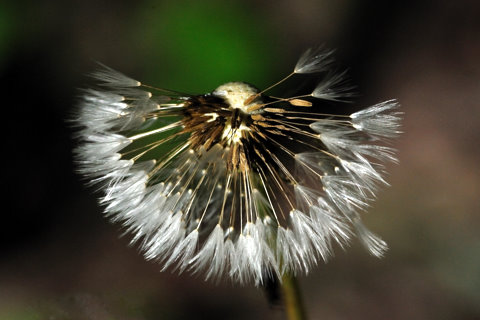 In a few months, maples will drop their samaras, little helicopters with seed passengers that spiral their way to a distant landing. Cotton-like strings will scatter cottonwood seeds far and wide. To ensure a new generation in spite of such a haphazard sowing, these large trees produce a lot of seeds—over 25 million from a single large cottonwood!

Some plants don’t wait for the wind, and do the job themselves. When their pods are ripe, they suddenly spring open, flinging the seeds in every direction. It makes me wonder is this is where Pillsbury got the idea for their cardboard rolls of biscuits and crescent rolls. I discovered this feature in the perennial sweet pea, Lathyrus latifolius, when I tried to save seeds from my own plants. I made the mistake of laying the long pods on a table, and came back later to discover they had exploded into a long spiral, propelling the seeds all over the room.

I’ve already mentioned the talent some seeds have at hitchhiking. With hooks, barbs, and other prickery stickers, an amazing number of weedy species catch a ride on any passing animal—or hiker. 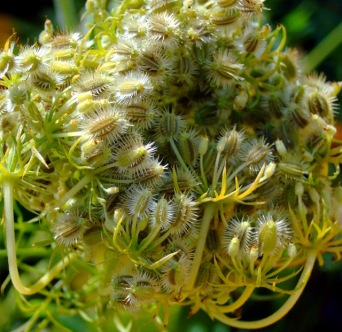 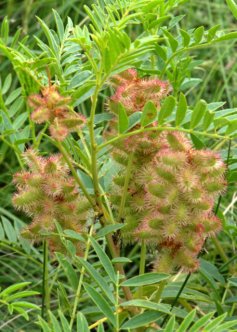 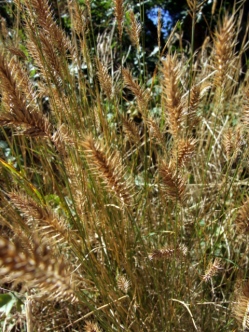 For a familiar example, consider the lovely annual cosmos. I love the big, poppy-shaped flowers, but pulling up the dead, gone-to-seed plants at the end of the season is a chore. The roots let go easily enough, but I spend hours picking seeds out of my clothing. (I’d deadhead, but I appreciate the free plants that sprout the following year from these self-seeding prodigies.)

Some plants have decided that riding on a fur coat doesn’t go far enough—they prefer to go the distance inside their conveyance. Berries and other fruits exist to entice reptiles, birds, and mammals into swallowing the seeds, then pooping them out far enough that there’s no question of competition with mom or dad. In fact, many of these seeds won’t germinate until they’ve been through a digestive tract. (Consider the ramifications for starting these plants from seed at home.) 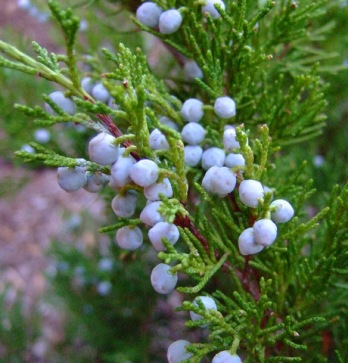 New research is showing that carnivorous predators also make a significant contribution to seed dispersal. Wait, you say—they eat animals, not plants! How can they transport seeds? By eating the creatures that ate the seeds. A small mouse or lizard that had seeds for dinner is then caught and eaten by a snake or hawk. With their protective seed coat, the seeds survive both digestive systems and are at last deposited far from home—accompanied by a nourishing pile of fertilizer.

As I reflected on all these modes of dispersal, I realized there’s one more way seeds get around. Some plants have made themselves so attractive and/or useful that humans oblige their desire to relocate. Consider how widely dispersed are corn seeds, or wheat, or tomatoes—far from their native land. In my own garden I sow seeds from other parts of North America, plus Africa, Asia, and Europe. The next time I open a seed catalog, I’ll think how very clever those plants are, getting their offspring sent around the world in little packets.