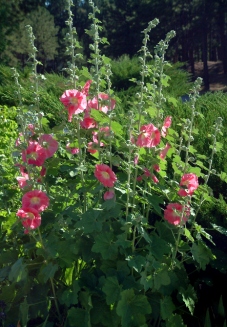 How do you like your flowers? Do you grow annuals? You have to replant them every year, but they grow quickly and bloom all season. Then they die with the first freeze. Or perhaps you prefer perennials. They continue from year to year, dying back to their roots in winter, then re-sprouting to bloom again. Their bloom season is short—some only bloom for a couple of weeks, others hang on for a month at best. In all the fuss over perennials vs. annuals, one category of flowers often gets overlooked—the biennials.

Biennials take one growing season to reach blooming size, then overwinter to bloom the following year. Once they bloom, they die, leaving plenty of seeds behind to ensure their replacements. If you plant them two years in a row, you’ll never be without. Yes, you have to put up with plants that don’t blossom that first year, but they earn their keep by the show they put on the next.

Many of the old-fashioned cottage garden flowers are biennials—foxgloves, pansies and violas, forget-me-nots, Canterbury bells, sweet William, and hollyhocks. (Others are short-lived perennials that are frequently treated as biennials—columbine and Iceland poppies, for example.) 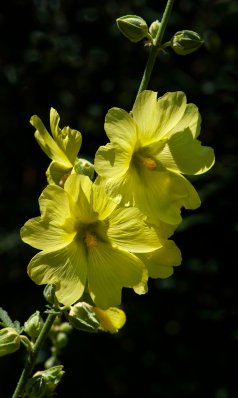 Years ago I started hollyhocks at our previous house. When it was time to move, I collected seed from some of my favorite colors to bring to the new yard. Planted inside under lights in late winter, I soon had seedlings ready to take on the hazards of life outdoors.  The rabbits loved them.

I tried again last year, starting the seeds mid-winter to give them time to reach a larger (and hopefully more robust) size before planting them out in my perennial border. This time, we weren’t the only landscaped house on the block. The rabbits had plenty of other options, and my hollyhocks survived. For most of the summer, they seemingly just sat there. I hoped that the roots were busy growing, but there was no new top growth. I began to despair. And then it snowed.

Spring finally arrived in early May. The hollyhocks reappeared. This time, they grew. And grew. And grew. I soon had plants several feet tall. Then the flower spikes began to stretch upward, eventually topping five feet! When the buds opened in mid-July, the show began. Brightly colored hollyhocks suddenly dominated my border. The plants were huge, with dozens of spikes each covered with wide, flared flowers several inches across. They’ve been blooming ever since.

In spite of my initial problem with rabbits, hollyhocks are actually very easy to grow. There’s a patch in downtown Colorado Springs (next to the Carnegie library) that has been thriving for decades in spite of total neglect. No one remembers where they came from, but every year enough plants bloom to keep the display going. 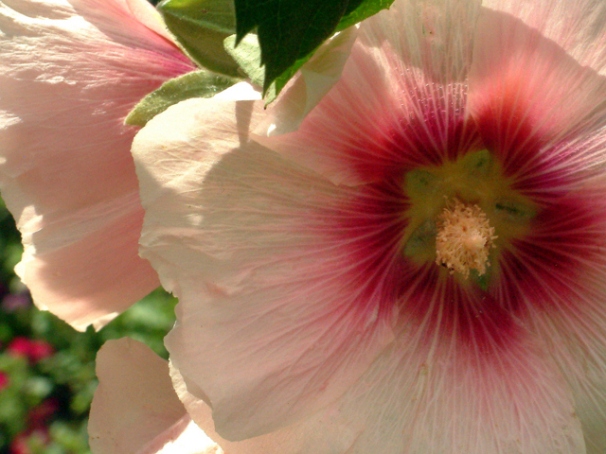 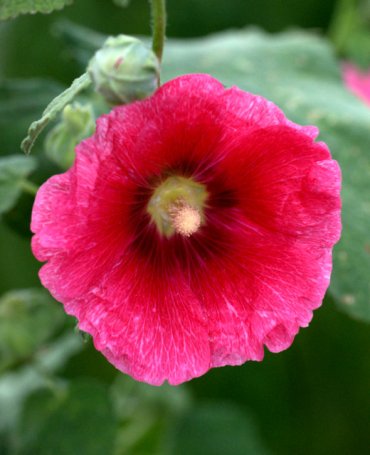 My plants are lucky enough to enjoy amended soil and drip irrigation. I don’t add fertilizer, as I want to avoid leggy plants that need staking. Do add several inches of mulch, however—it keeps down competing weeds, helps maintain moisture in the soil, and mitigates temperature extremes. Hollyhocks are best grown in zones 3 through 8. Plant in full sun.

Good air circulation is essential, and try to keep irrigation water off the foliage; hollyhocks are susceptible to rust (a fungus that appears as rust-brown spots on the leaves).  Other possible issues include spider mites, powdery mildew, and various chewing insects. Keeping plants healthy helps avoid most problems.

Removing the flower stalk before seeds form may convince plants to linger and bloom for another year, but they won’t be as robust as they were before—and of course they won’t self-sow.

My hollyhocks are primarily a deep magenta-red (left), but surprisingly the hummingbirds have ignored them, preferring the nearby bee balm and fuchsias. However, the bees have been busy collecting pollen. Hollyhocks also come in white, yellow, pink, “blue,” and purple. In areas with warmer nights, you can expect flower stalks to surpass eight feet in height. Allow lots of room when thinning or setting out seedlings, as the plants can reach several feet in diameter.

Such tall plants are most appropriate in the back of the border, where they won’t block the view. Also, the shorter plants in front help hide the large, coarse leaves. Try combining them with other cottage garden flowers, such as foxglove, stock, and shrub roses. Plant them to hide a fence or soften a bare foundation. Finally, hollyhocks are a delightful choice for a children’s garden. Who can resist a flower stalk taller than they are? And the flowers are just the right shape for fairy skirts.