It was another hot day. Usually by now, the weather has moderated, but we’ve been in the middle of an unseasonable heat wave and I was completely wilted. I was yearning to go birding—my new job had kept me indoors far too much lately—but the only time available was from mid-morning through early afternoon—the hottest time of the day. As much as I wanted to get outside, I had to ask myself, why bother?

Often, I think the birds are smarter than the birders. When the heat gets oppressive, they don’t stand out in the sun with binoculars. No, they adapt. Most migrating birds fly at night, feed in the early morning hours and just before dark, and rest during the heat of the day. Birders know this, which is why most field trips start early. But sometimes, our schedule just doesn’t allow us to do what we know is optimal. We have to take what we can get and make the best of it.

Still, I thought, maybe I could emulate the birds, and manage to both enjoy nature and stay cool at the same time.

We Coloradans have a distinct advantage when it comes to hot weather. We have the mountains right on our doorstep. They were predicting a high of 91 degrees in Colorado Springs that day, so my first decision was to go up. Manitou Lake sits at the top of the Rampart Range, just west of town at 7,700 feet. The expected high there was a mere 78.

In seeking higher elevations, I was just copying the Juncos and other birds that migrate vertically. While they hang around my backyard feeders all winter, they head up the hill in the summer to breed in the cooler mountain forests.

Next, I chose a place with water. The air may be warm, but at these elevations, the lakes are always cold. Manitou Lake looked empty at first, but closer inspection revealed a number of ducks and waders hiding in the cattails and reeds around the edges. 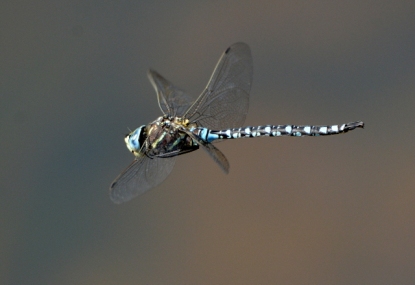 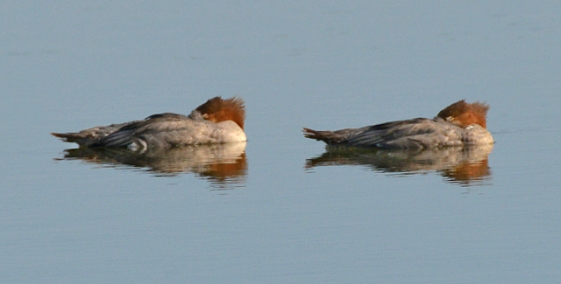 Most were napping—not a bad idea!—but the American Avocets were busily hunting, darting at the fingerlings in the shallows, snapping them up with gusto. While they lacked the salmon coloring of the breeding season, avocets are handsome birds even in their off-season black and white plumage. I took far too many photos. 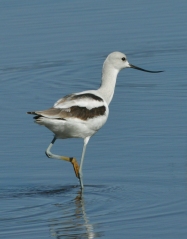 Choosing a spot out of the sun, I stood motionless for a while. In doing so, I apparently stopped being an intruder and became part of the landscape. An American Kestrel flew overhead. Song Sparrows and Red-winged Blackbirds emerged from the foliage. (I was surprised at the blackbirds, as I hadn’t heard their familiar calls—but then, it was fall, not spring, and maintaining a territory wasn’t an issue.)

I watched a Say’s Phoebe make repeated forays into the open, catching midges in midair, then returning to the same perch in a dead branch. And suddenly, I realized that the willows were full of drab, but recognizable, Wilson’s Warblers, munching on insects and slowly working their way southward.

At the other end of the lake, below the dam, it was quieter. I’m sure the birds were there, but they were hidden in the leaves. I ran into another birder who mentioned that he’d seen a dipper earlier, but I couldn’t find it.

While some birds stay year round, by mid-September a lot of my favorites had already left for the winter. The pelicans were gone, as were many of the warblers. The Osprey that often fishes the lake was nowhere to be seen. Even the swallows, which fill the air all summer, had headed south.

Finally, I decided that the birds had the right idea. I couldn’t fly south, but I could take a mid-day siesta. I extracted myself from my binoculars, settled down under a tall Ponderosa, and pulled out my Kindle. The day had turned out better than I’d expected, and besides, I could always come back—the weather is supposed to cool off soon. As a gentle breeze tugged at the brim of my floppy hat, my eyes slowly closed….