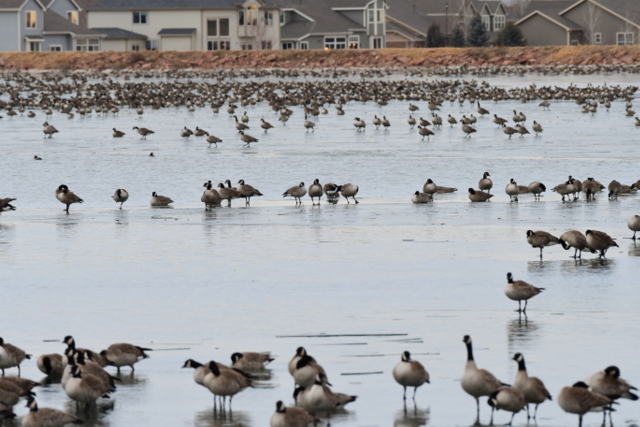 Have you heard? There’s a Pink-footed Goose at Milavec Reservoir (about 30 minutes north of Denver)! The word spread quickly throughout Colorado’s birding community. This was amazing. This was incredible!

Although many Pink-footed Geese nest in Greenland and Iceland, these birds all migrate across the North Atlantic to spend the winter in Britain and northwestern Europe. Strays that have gone the wrong direction have been found in North America only a couple of times, in eastern Canada.

This was a once-in-a-lifetime chance to see a European Goose relatively close to home.

For most local birders, this would be a lifer. Even those who had birded in the goose’s home range on the other side of the world, and seen it there, were excited. They were eager to add it to their Colorado state list. One by one, my friends posted their sighting on Facebook. As the goose lingered, even out -of-state birders were making the trip.

Finally, I got my chance to see it too. Our daughter lives 20 minutes from the reservoir, and we were spending Christmas at her place. Early on the 24th I braved the subfreezing temperatures and drove on over. As I pulled up to park, I saw a crowd of birders—walking back to their cars. Yup. The thousand or so Canada Geese that had been hanging out at the reservoir had flown off, and the Pink-footed Goose had flown right along with them.

It seems a Bald Eagle had done a fly-over and the savvy birds knew better than to stick around. I watched as the huge flock of birds high-tailed it toward the plains, then gave the eagle the evil eye. 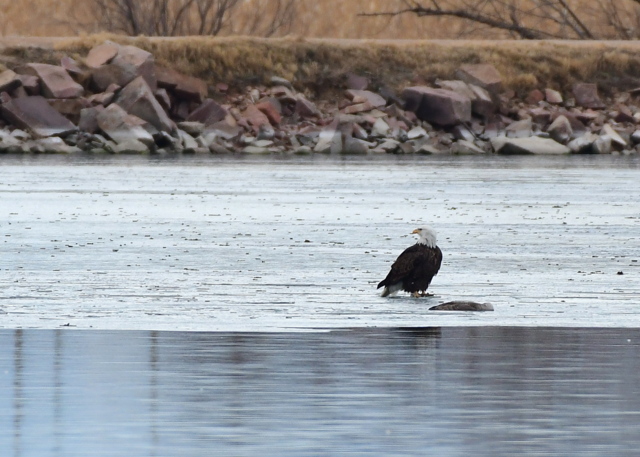 I stuck around a while, hoping to spot a few of the other rarities that had been posted lately—including four Long-tailed Ducks and a Gyrfalcon—but the most interesting bird I found was a Common Goldeneye eating a crayfish.

The geese showed no sign of returning, at least not before dusk. It was Christmas Eve, and I had to get back to my family.

Christmas came and went. As we made plans to drive home again, my husband agreed to let me give it one more try. This morning we showed up an hour earlier than I had on the 24th, just as the sun brightened the sky enough to make out the geese. It was 19 degrees. Pete seemed content to wait in the warm car while I stood on the berm surrounding the reservoir with my tripod and camera, scanning goose after goose through my binos and humming, “one of these geese is not like the others….”

But as far as I could tell, not one of them was a Pink-footed Goose. 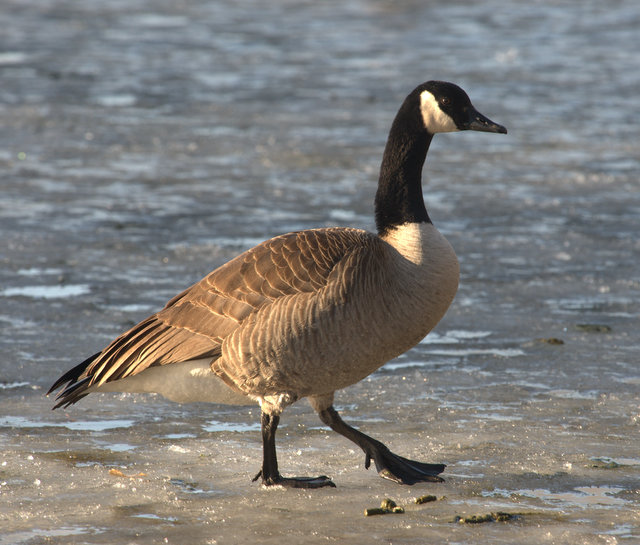 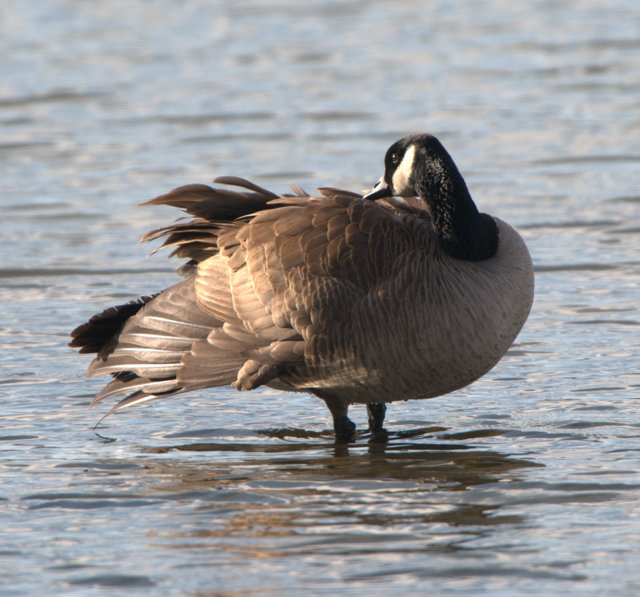 This goose has pinkish feet! 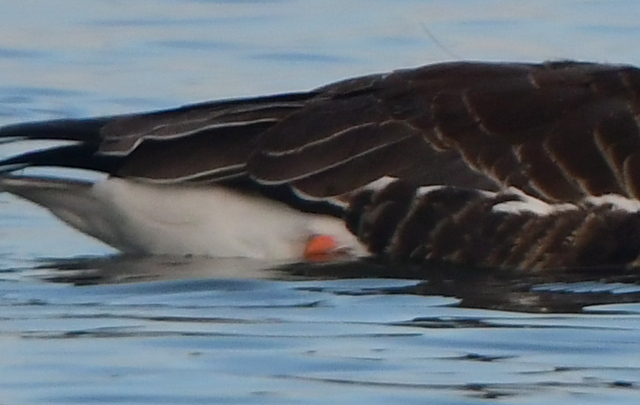 This is a Pink-footed Goose. I had to use a photo I found online, courtesy of Magnus_Lindberg’s Flickr album:

Note the darker bill with no white around it, and the feet are definitely more pink than orange.

You would think this goose would be easy to pick out of a flock of Canada Geese as it lacks the Canada Goose’s “chin strap,” but in spite of my best attempts, I did not see the Pink-footed Goose. I’m probably the only birder along the Front Range who missed it.

I guess I’ll have to go to Europe.

2 thoughts on “A Goose with Pink Feet”