To a gardener choosing which plants to grow, pH is an important consideration. While the pH of most soils falls somewhere between 3 and 9, the majority of common landscape plants prefer a pH slightly on the acidic side, say 6.2 to 6.8. However, some plants, such as blueberries and rhododendrons, prefer an even more acidic soil (with a pH in the 5 to 6 range) and other plants, green ash trees and clematis, for example, do best under more alkaline conditions, with a pH above 7.

Rain is slightly acidic because it picks up CO2 as it falls, creating a weak carbonic acid solution. Also, as that rain then moves through the soil, it leaches the cations, making the soil more acidic. Colorado, like other areas of low rainfall, typically has alkaline soils. 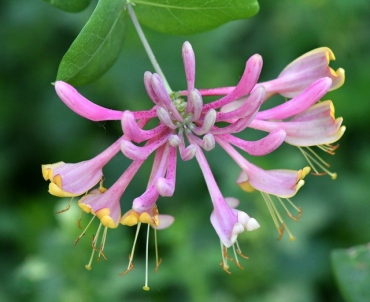 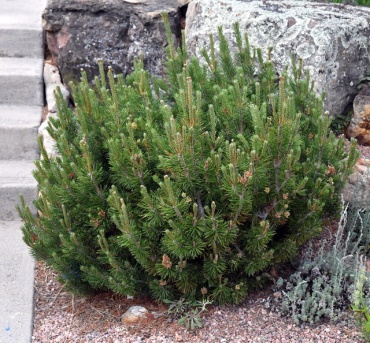 Also, Colorado soils are largely made up of decomposed limestone, calcium carbonate. That’s the same “lime” you add to acidic soils to raise the pH. The result is soil with a pH between 7 and 8.2. In fact, there’s so much lime in our soil that it’s impractical to change the pH. I’ll come back to that in a moment. 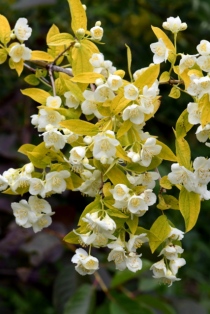 Soil pH affects what nutrients are available to a plant’s roots. In order to be absorbed, these nutrients must be changed chemically into ions, and that can only happen within a particular pH range. Otherwise, even though the nutrients is present, it isn’t in a form the plant can use.

One example of how this works is with iron. Iron is an essential plant nutrient. Our Colorado soils have plenty of this element, as we can see from their rusty red color. However, because our soils tend to be alkaline, that iron is tied up in forms the plants can’t use. That’s why maples (and other plants) frequently exhibit signs of chlorosis caused by an iron deficiency. We have to feed them chelated iron, even though they’re growing in an iron-rich soil!

The best way to know your soil’s pH is with a soil test, a pH meter, and/or litmus paper. However, just for fun, here’s a little experiment for a gardener to try:

Changing the pH
Gardeners from places with acidic soil often ask why we can’t simply change the pH to suit the plants we want to grow. After all, they used to add lime to raise the pH of a too-acidic soil. Why not add elemental sulfur (which reacts to become sulfuric acid) to lower it?

That approach may work in places without soils high in calcium carbonate. However, here in Colorado, you’d have to add so many tons of sulfur that you’d significantly raise your soil level—and then there is the expense. Plus, as that sulfur combined with other elements in the soil and irrigation water, the effect would wear off, and the pH would start to rise again. According to one study of soils with a 2.5% calcium carbonate equivalent (CCE), it would take about 16,000 pounds of elemental sulfur per acre to neutralize all the carbonates in the topsoil. Now consider that Colorado soils can have a CCE of 40 to 75 percent!

Instead of trying to change what Mother Nature has decreed, it’s far better to choose plants suited for the conditions you already have. Look for native plants, which are clearly already adapted to our local soils, or choose imports from similar climes. Here are a few suggestions to get you started, but there are many, many more. In fact, you may already have some of these growing in your yard!

One thought on “pH for Gardeners”