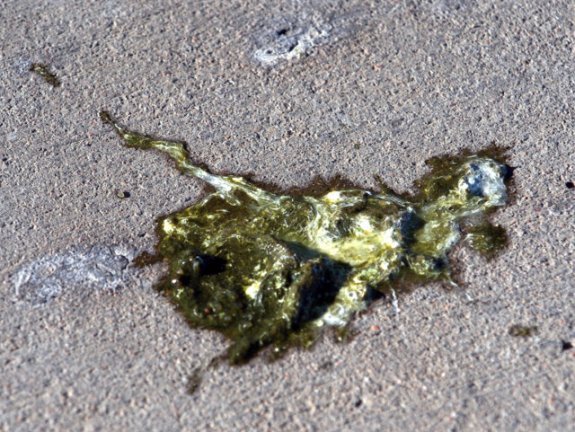 We carefully avoid stepping in it. We grumble as we wash it off our cars before the paint is ruined. It’s an important reason we birders wear hats. Yes, bird poop can be a real nuisance. But have you ever wondered why it is like it is?

After keeping chickens for almost 30 years, I consider myself intimately acquainted with bird poop. There’s nothing quite like shoveling out a chicken coop. Even with a breathing mask, I coughed for days afterward. The last year we had our chickens, before downsizing to a neighborhood where they are banned, I finally broke down and hired a couple of teenagers to do the dirty deed. 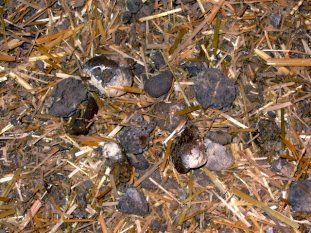 Chicken poop is a “hot” fertilizer, so it needs to be composted before it comes into contact with plants. I would dump all that soiled bedding on my garden beds, to spend the winter as mulch. By spring, the droppings were thoroughly  composted, any microbes having been killed by time and weather, and the beds were ready for planting. My veggies thrived.

What is it about bird poop that makes it good at feeding plants but damages the finish on our cars and decks?

Birds (and reptiles) don’t excrete their waste in the same way mammals do. We keep our food residue (mixed with a lot of bacteria) separate from our metabolic waste (largely ammonia) , and they leave our bodies from two different places. Birds, on the other hand, combine all their waste into one messy, slimy product.

Like other animals, birds don’t digest everything they eat. All that undigested food has to leave the body, and it does so as part of the bird’s droppings. If you’ve ever gotten a good look at the ground under berry-laden plant, you can easily recognize parts of berries and seeds in the bird poop.

Also like other animals, birds generate metabolic waste products—water, carbon dioxide, and nitrogen. The carbon dioxide is exhaled. Water is both exhaled and excreted, but it’s often conserved, as it’s a scarce resource for many land animals. We’ll come back to that in a moment.

The nitrogen, which comes from the metabolizing of proteins and nucleic acids, is initially converted into ammonia. However, ammonia is highly toxic. Aquatic animals, such as fish, can simply dilute it with a lot of water, then excrete it into the environment. Land animals, however, can’t afford to waste that much water.

Mammals convert that ammonia into urea, which is less toxic and doesn’t need to be as diluted. The diluted urea is stored in the bladder until it can leave the body. 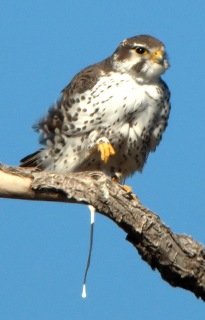 Birds and reptiles, on the other hand, convert their ammonia into uric acid. Uric acid is even less toxic than urea, so much so that it doesn’t need to be diluted at all, and is excreted as a non-soluble white solid. Therefore, birds do not have bladders as part of their urinary systems, which makes sense when you consider how much water weighs.

Both undigested food and uric acid leave a bird’s body by way of the cloaca, a single opening that also provides a passageway for eggs or sperm. While the uric acid is in the cloaca, any remaining water can be reabsorbed, leaving just enough to ease elimination.

This saves a lot of water, so much so that many bird species get all the water they require from their food or (such as in the case of migrating hummingbirds) the burning of their fat reserves. In fact, one website states that “birds require forty times less water than mammals require!”

The next time you see a bird dropping, take a good look. You’ll notice that there are black lumps (the undigested food. The white goop is primarily uric acid.

So, to answer our initial question—what is it about bird poop that makes it good at feeding plants but damages the finish on our cars and decks? The nitrogen in uric acid provides an essential nutrient for plant growth. In fact, chicken manure contains the most nitrogen (and phosphorus and potassium) of all commonly used animal manures.[1] Meanwhile, the uric acid, like other acids, does a number on a car’s paint job, not to mention the railing on our deck.