Normally, when we visualize a flower garden, we think color—yellow coreopsis, purple catmint, bright red tulips. Or, you could be more subtle, with a refreshing look in myriad shades of white. But how often do you see a garden full of flowers in monochromatic black and white? Yet, that’s one of the combinations offered last summer at Denver Botanic Gardens. And surprisingly, the results were beautiful.

When we think about things that are black and white, we may imagine newspapers or zebras, or even old movies. What we don’t normally imagine is a flowerbed. Finding white flowers is easy—there are dozens of popular plants available in some shade of white, from Astilbe to Zinnias—but are there even enough black flowers to make this interesting?

There are no truly black flowers, at least at present. However, with the 1995 discovery that some plants make melatonin, the pigment that gives us birds and mammals black fur or feathers, there is now the potential for truly black petals at some future date. For now we’ll have to settle for flowers that appear black. Anthocyanins are the pigments that make flowers red and purple. “Black” flowers are actually just really, really dark because they have more anthocyanins.

This not-really-black color is especially obvious in so-called black roses. In many cases, the buds appear black, but they open to reveal a bright red blossom. ‘Black Baccara’ is probably the darkest rose to date, and it’s more a deep maroon than black.

However, there are some flowers we can grow that come much closer. The first black petunia was revealed in 2010 after years of breeding. Since petunia petals have some texture, the cultivar was named ‘Black Velvet.’ There are now several additional cultivars from which to choose, although finding seedlings at the garden center may be a bit of a challenge. 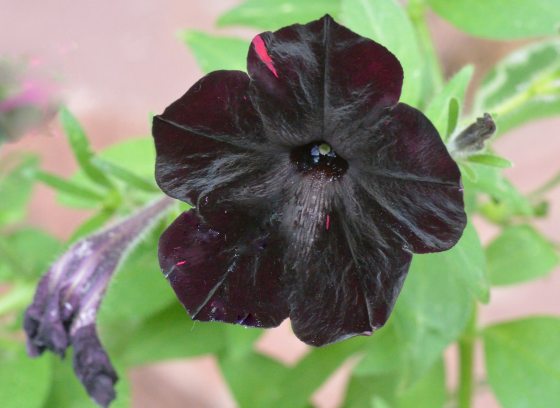 Bearded irises also come in shades so dark, they are virtually black. Try cultivars ‘All Night Long’, ‘Black is Black’, and ‘Black Mirror’. ‘Black Embers’ has black petals with red undertones and a startling orange beard—a striking combination. It’s too bad it blooms in May and not October.

If you’re looking for a cool season annual, try violas. ‘Molly Sanderson’ is so dark as to appear black while ‘Roscastle Black’ is more obviously dark purple, in spite of its name.

But creating a black and white garden doesn’t mean you must have black flowers. There are more options if you’re willing to accept plants with almost-black leaves.  In the garden shown in the photo at the top of this page, I didn’t recognize the dark foliage as coleus until I saw the flowers. One advantage of choosing black foliage over flowers is that you don’t have to coordinate bloom times—the leaves are present all season.

There are dozens of plants with very dark leaves. Consider some types of Amaranthus, purple basils, and ornamental peppers (such as ‘Black Pearl’, which also has black fruit). Then there’s the familiar sweet potato vine, Ipomoea batatas. ‘Blackie’ and ‘Midnight Lace’ are two varieties with dark foliage that would look impressive in a container combined with black and white flowers. And even red cabbage, with its dark leaves, can be used as an (edible) ornamental! 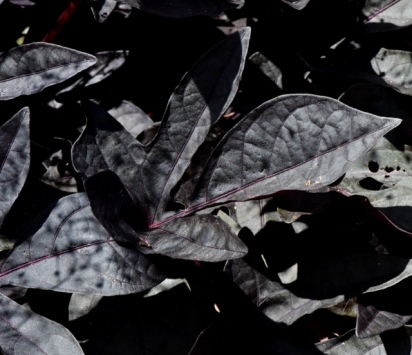 Pennisetum glaucum ‘Purple Majesty’ is an annual grass, actually a type of millet, with deep purple leaves. Black Mondo Grass, Ophiopogon arabicus is a groundcover with extremely dark foliage. It’s hardy to the warmer parts of zone 5 if you plant it in a sheltered spot. 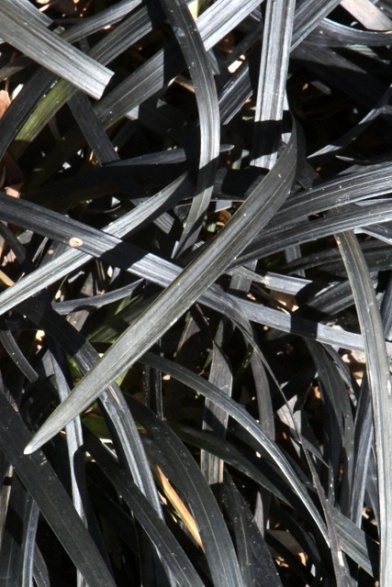 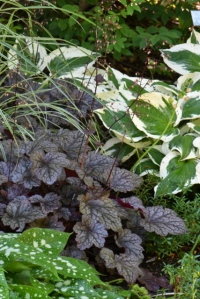 Aguja reptans ‘Black Scallop’ is another hardy groundcover, surviving winters to zone 3. The leaves are darkest in full sun. Some sedums have nearly-black leaves, and the coral bells (Heuchera) cultivar ‘Obsidian’ lives up to its name, while ‘Purple Palace’ (left) has dark leaves overlaid with a lacy white pattern. 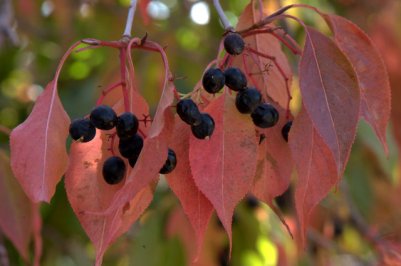 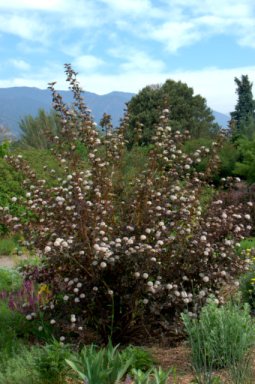 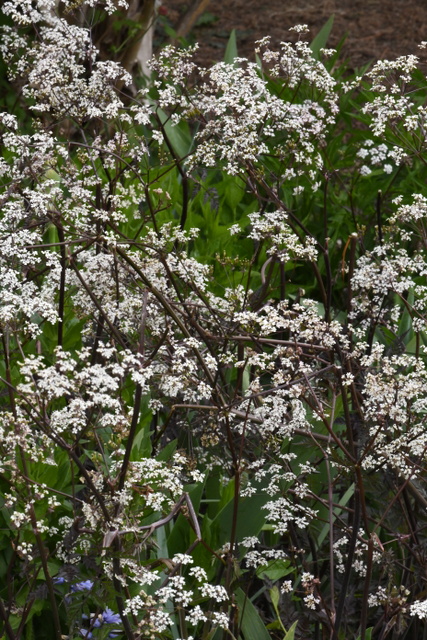 Black and white gardens offer an understated, formal elegance that you won’t get with the typical “riot of color” approach. With so many plants available, you can boldly indulge your creativity.