Q: What has ears but cannot hear?
A: A field of corn.

Q: Why is corn such a good listener?
A: Because it’s all ears!

Q: Why shouldn’t you tell secrets on a farm?
A: Because the potatoes have eyes, the corn has ears, and the beans stalk.

Are you groaning yet? We make (bad) jokes about ears of corn, but it appears that plants might really have ears.

A few years ago, I wrote about how plants can sense the vibrations from insects chewing on leaves—even if those leaves are attached to a separate plant—and react by producing defensive chemicals.

Now new research shows that corn isn’t the only plant with ears! A study published last year yielded the surprising finding that flowers can gather sounds from the environment, in much the same way as an old-fashioned ear trumpet funnels sound waves to a person’s ears.

Using hundreds of Evening Primroses (Oenothera drummondii) as their subjects, scientists at Tel-Aviv University in Israel played field recordings of buzzing bees to plants in bloom. Within three minutes, the sugar content of the flowers increased by an average of 20%! The same response was elicited by playing lab-generated sounds at the same frequency as the bees’ buzzing. On the other hand, other, higher frequencies, as well as silence, had no effect whatsoever.

Bees ensure pollination, and sweeter nectar means the bees will hang around longer, increasing the odds that they’ll pick up pollen. However, producing sugars has a metabolic cost to the plants. There is an obvious benefit to only increasing sugar levels when pollinators are present. Moreover, you want that sweeter nectar to be ready and waiting when the bees arrive on the flower. The best way to do that is to hear them coming.

Once the researchers had established that the plants could distinguish pollinator sounds from background noise, they then tested their hypothesis that the parabolic shape of many flowers was due to the way that form concentrates sound waves. Did the plants use their flowers as ears? 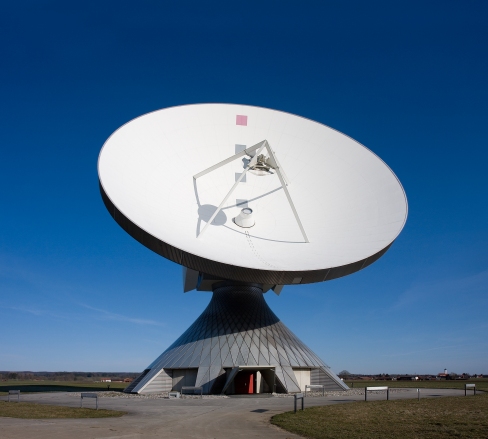 The scientists discovered that the flowers vibrated when they “heard” the bees buzzing. But were the flowers essential to the plants’ ability to hear? Apparently so—when the bee recordings were played to flowers with their petals removed, the petal-less flowers showed no response. They’d essentially been rendered deaf.

We’ve known for a long time that flowers have many features designed to lure in insects and other pollinators, with enticing perfumes, bright colors (even into the ultraviolet), and markings denoting “landing strips.” Now it seems that their shapes are also adapted to maximize their ability to “hear.”

The next time you wander past a flower bed, be careful what you say. The plants are listening!