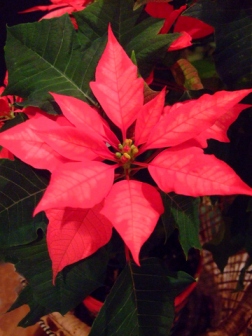 I can guarantee that you are familiar with at least one member of the plant family Euphorbiaceae. Especially at this time of year, we decorate our halls not just with boughs of holly, but with Poinsettias. Typically bright red, you can now purchase plants with flowers in shades of white and peach, and even a variegated combination.

While poinsettias may be the most widely sold Euphorbias, there are plenty of other family members—over 7,500 of them. One of my more recent posts featured the colorful crotons. The Crown of Thorns is another popular houseplant. Many tropical Euphorbias resemble cactus, a case of convergent evolution. 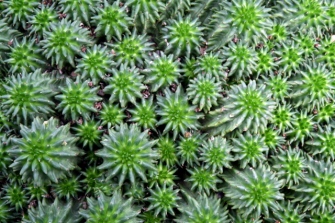 If you’d rather have your plants outside, Euphorbias provide some lovely species for your perennial garden, too. Cushion spurge (Euphorbia polychroma) is a personal favorite—I love the symmetry, and how the colors blend together to create a soft yellow in the border. 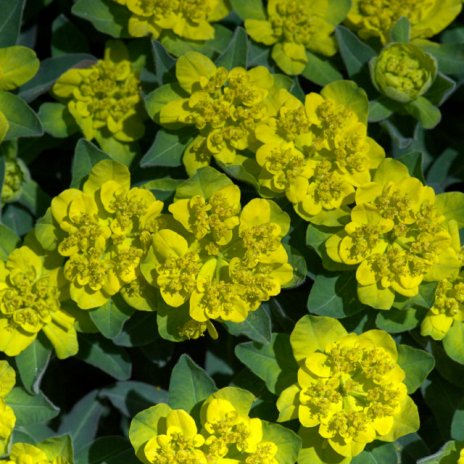 Some have economic importance, such as the rubber tree (Hevea brasiliensis, not the rubber plant in the genus Ficus), cassava (Manihot esculenta), source of tapioca, and the plant that gives us castor oil—and the deadly poison ricin (Ricinus communis). I remember my dad finishing his hand-made furniture with tung oil, derived from the tung tree (Aleurites fordii).

As a child I remember being given some “Mexican jumping beans.” If you cup them in your hands to warm them, they move! I have since learned that there’s a moth larva inside the bean. It eats the bean from the inside out. If you heat the bean just a bit (not enough to kill the insect), the larva moves, and the bean “jumps.” And yes, Mexican jumping beans (actually the seeds of a shrub, Sebastiana pavoniana) are Euphorbias. 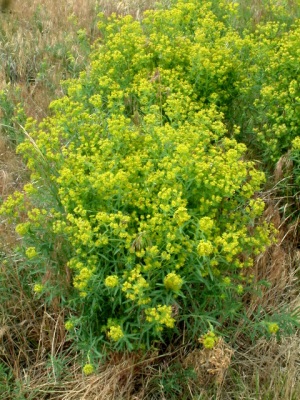 The family has species all over the world, and as you can tell from the examples above, they range from prostrate weeds to towering trees. Still, they’re easy to identify—if the plant is in bloom. What appear to be flowers are actually colorful bracts that surround the true flowers. These flowers are tiny and frequently lack petals. They’re either male or female, although in most species both are present on the same plant.

If you can’t see any flowers, try breaking a stem. In the subfamilies Euphorbioideae and Crotonoideae, the sap is a milky, white latex. Don’t let it touch your skin, however. In Euphorbias, that sap can be poisonous, causing blisters upon contact, and nausea and vomiting if eaten. (At least we don’t need to be concerned about poinsettias; they contain so little poison that you’d have to eat over 500 leaves to upset your stomach—unlikely, since they taste pretty awful.)

Like any large family, the Euphorbias include some standout stars, a few characters (who may embarrass the rest of us), plus the inevitable black sheep. Their diversity just makes them all the more interesting!