Does a bird migrate long distances? Odds are, it has long wings. Or perhaps it prefer to walk or run—you can predict it will have long legs. Birds that swim—diving ducks, coots, auks, penguins, dippers—tend to share the same body shape, and if they catch fish, their beaks are similar too. Many Alcids (auks, murres, puffins, and guillemots) and penguins are shaped pretty much the same, and some even have the same coloring, though they’re poles apart. 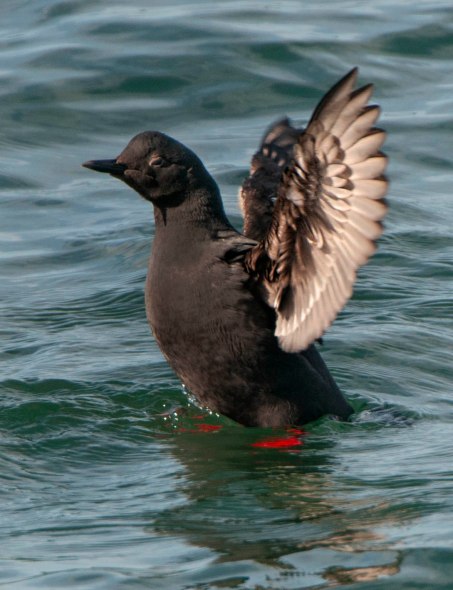 A recent study analyzed the morphological data of 10,000 bird species—pretty much all of them—and concluded that a bird species’ lifestyle determines the characteristics of its body, even if the birds are not closely related. According to an article in Science Daily,

… [T]he team found that the combination of all body measurements was highly predictive of even subtle differences in lifestyle, and ecosystem function, across all species.

Yes, more about a bird’s lifestyle could be predicted just from its body measurements—mass (weight), beak size, length of tail and legs, wingspan, etc., than from its phylogenetic classification.

I’ve often wondered why bird banders spend so much time measuring every aspect of the bird they’re banding—from weight to wingspan and body length. Well, it’s paying off, giving us new insights into how various bird species play their roles in an ecosystem, as well as the potential impact of species loss.

This is a perfect example of convergent evolution. While this is far from a new concept, this is the first time we’ve had so much data supporting it—almost every species of bird was included in the study. Clearly, the ecological niche determines the size and shape of its inhabitants.

The first illustration that comes to mind is the similarity among hummingbirds, sunbirds, and Australia’s Eastern Spinebill. Hummingbirds are only found in the western hemisphere, and are in the order Apodiformes, family Trochilidae. As mentioned, spinebills are Australian, while the various sunbirds are found in Australia, Asia, and Africa. Sunbird and spinebills are in the order Passeriformes; sunbirds in the Nectariniidae and spinebills among the honeyeaters, Meliphagidae. They’re not at all closely related!

However, all these birds feed heavily on nectar, so they have long, often curved bills so they can reach into flowers. They’re also similar in sporting brilliant, iridescent plumage, primarily on their throats (although some hummingbirds are almost completely covered, as this Green Mango illustrates). The first time I saw a sunbird, in Eswatini (Swaziland), my immediate reaction was, what’s a hummingbird doing in southern Africa? Even their behavior—the way they dart in and out of flowers while feeding—is very similar.

Honeyeaters are a widely diverse family of birds found in New Guinea, Australia, and the surrounding islands. Along with the fairy-wrens (Maluridae), pardalotes (Pardalotidae), and various member of the family Acanthizidae (thornbills, Australian warblers, scrubwrens, etc.), they comprise the superfamily Meliphagoidea. Yet look at these photos. Do they look like cousins? 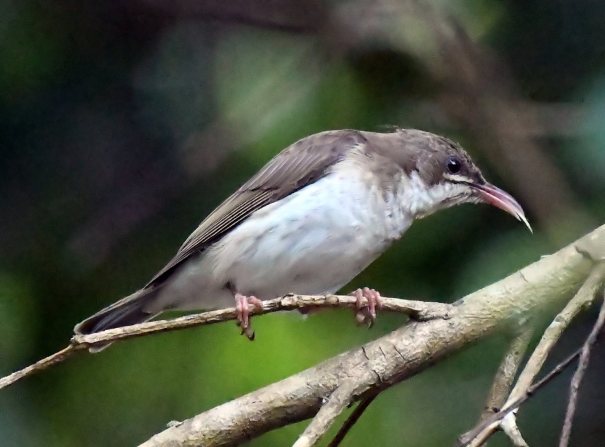 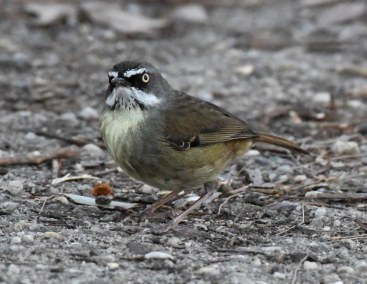 All this function-determines-appearance makes it particularly difficult for us birders. I used to feel fairly competent at assigning families to the birds I saw. Then I traveled and realized it’s all much more complicated. Does it have bristles around the beak? Flycatchers do—and so do barbets and numerous other species. How about a narrow beak just right for catching fish? Could be a diving duck (such as a merganser)—or perhaps a cormorant. 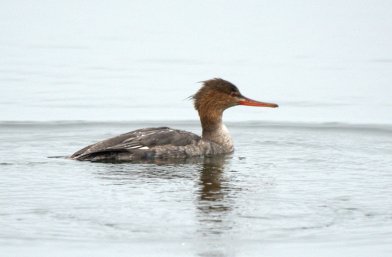 Then there are vultures, eagles, buzzards, kites, harriers, accipiters, ospreys, owls, and falcons—some are closely related, but others (such as owls and falcons) are not. Of course, that’s part of what makes birding so fascinating. There’s always more to learn.