The view out my window on a recent morning was solid white. I was looking at four inches of what the weather folks called “it may or may not snow, and surely there won’t be much accumulation.” Schools were on a delay, temperatures hovered in the mid-teens, and visibility was nil. Yup, I wouldn’t be driving anywhere to go birding that day.

So what’s a frustrated birder to do when the weather doesn’t cooperate? I could have cleaned the house, or caught up on some other chores, but I’d already arranged to take the day off. I could have watched the flirting House Finches at my feeders. But then I thought, maybe a snowy day is the perfect time to ID those mystery birds in photos from past trips.

That’s one of the advantages of carrying a camera when birding. If you can’t immediately identify the bird, you can always hope that a photo will reveal enough clues for a more leisurely ID later. (It also helps to have a picture when your eBird entry is questioned.)

In this case, I decided to put names to some of the birds we saw three years ago in Australia and India. And as I sorted through the folders of photos, I re-lived what turned out to be the trip of a lifetime.

I’ve already blogged about the trip, and you can read all about it in my posts from 2016 and 2017. At that time, I chose to include my favorite photos of colorful, easily identified species. Now it was time to look at all the LBJs,* the shorebirds, the blurry photos, and the photos that just caught a tail or the back of a head. This would be a challenge, but there was no rush. And the reward? The satisfaction of learning more about the birds I saw… and a proliferation of lifers!

For example, I had a perfectly good photo of this bird, but it took me a lot of page-flipping to identify it as an Australian Pipit. (I’m used to American Pipits, which like to hang around water, and this bird was on a fence in the middle of a dry field.)

Other photos were a lot more challenging, mostly because the birds were quite far away. When drastically cropped, images actually may become harder to see, leading you to ask, is that a field mark, or just some pixels? 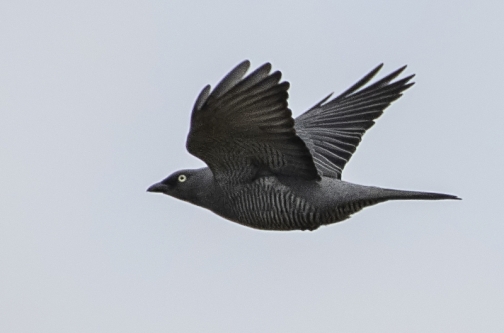 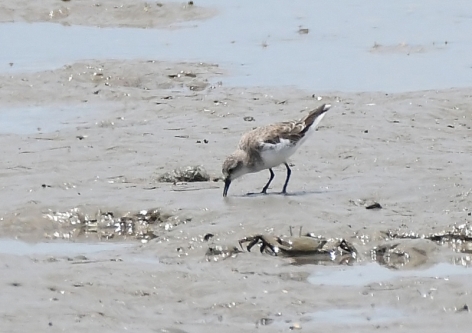 seen from the Cairns Esplanade, QLD

The shorebird photos below were taken with a long lens, as the birds were far out on the mudflats. We were visiting in early spring, and many still had their non-breeding plumage—always a challenge when it comes to plovers, sandpipers, and the like.

I found that my preconceived ideas of what certain birds should look like didn’t always work in a new setting. For example, I think of Whimbrels as easy to identify, as they have the longest bills—and then I encountered Eastern Curlews. Their bills put Whimbrels to shame!

Sometimes, the photos are so out-of-focus that only a general impression of the bird is possible. Auto-focus lenses tend to latch onto the foliage in the background, and my eyesight isn’t all that terrific, even with my glasses, so focusing by hand is iffy. Plus, if the bird is moving around a lot, you have to constantly re-find it before you can attempt to focus on it. That’s a challenge with a telephoto! Still, sometimes blurry pictures are sufficient, and I feel fairly confident that (most?) of my labels are correct. 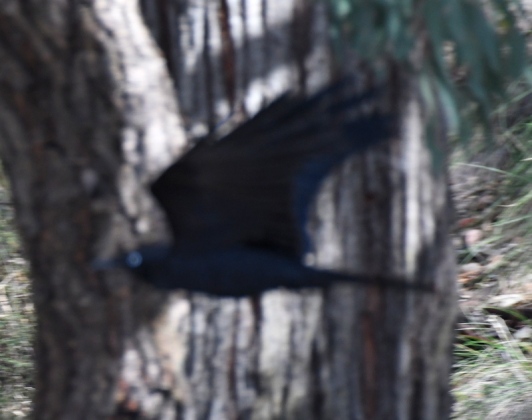 I still have birds yet to be named (including all those at the top of this page). Some of the pictures are so bad, it’s likely hopeless. Still, I was able to add dozens of new species to my life list, just from the shots I took back then.

Something is missing however. As I tried to match up birds to pictures in the field guide, I realized that recording the birds’ appearance is only the beginning. Video would capture distinctive behaviors, such as the tail-wagging of a Spotted Sandpiper. Adding a sound recording would be even more valuable, especially in dense foliage. I’m looking forward to trying all these ideas.

If you’re familiar with Australian birds and you see that I have an incorrect ID, or you can name one of the birds I’m currently stumped on, please let me know!

* LBJ = Little Brown Job, or a nondescript and hard to identify small brown bird such as a sparrow.