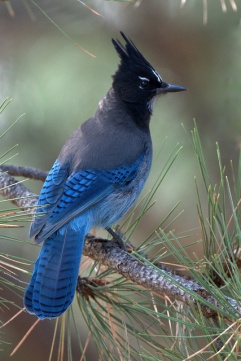 I love looking at birds. I love getting outside, going for a walk, spying that tiny ball of feathers nearly invisible in the bushes or hiding in the grasses. On a really good day, I even have the thrill of adding a new species to my life list. But now that I’ve been birding for 16 years, I find myself looking for an additional challenge.

There are lots of options, such as adding photography to your birding, trying a Big Sit (where you plunk down in one spot and see how many different species you can see over a defined period of time), joining various local bird counts, concentrating improving your skills with a family of birds—sparrows, warblers, or, if you’re a birding masochist, immature gulls. If you have the resources, you can travel or attempt a Big Year. I’ve tried most of these (I don’t have the time or resources to devote to a Big Year), and enjoyed them all. I still have so much to learn!

Recently I heard about another way to add interest to your local birding. (Apparently this has been trending for a while, and I’m just slow to catch on.) Probably most birders keep life lists. Many also record year lists. Then there are lists based on location—by the ABA area, state, county, or your own yard. You can even combine these—how many state birds can you see this year? Now there’s a new way to list—the birds you find with a five mile radius (5MR) of your home.

If you don’t want to use a compass and draw a circle on a paper map, check out this handy website from Map Developers. When I tried creating my own circle, I was surprised at how many potential birding sites there are within this area—both suburban and rural. It even includes a series of ponds on the Air Force Academy property that I’ve been frequenting for years, plus our old home where we lived for 22 years! Turns out I have a head start on my 5MR species list. 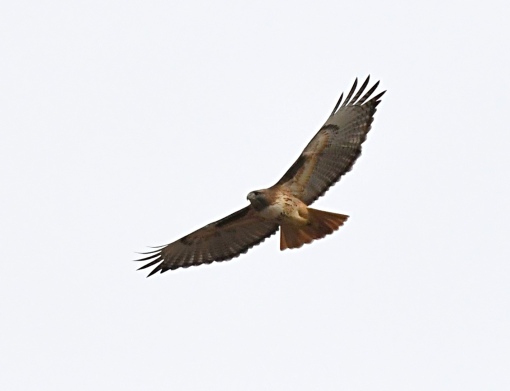 Even urban birders may be amazed at the number of species near home. Back in October, 2016, I was visiting New Delhi, India. While my husband met with some coworkers, I wanted to go birding, so our hosts arranged for a young woman who had lived there all her life to go with me. She had never paid much attention to birds, although she was familiar with the ubiquitous House Crows, Rock Pigeons, and Black Kites. She honestly thought that there were no other birds in the area. Then we spent the morning at the Okhla Bird Sanctuary, a lake in the middle of the city, where I identified at least 40 species (I’m still mulling over a few photos). To say she was astonished is putting it mildly. That afternoon we visited Lodhi Gardens, a park and tomb, where I added 13 more species. She thoroughly enjoyed our day, and I may have created a new birder in the process! 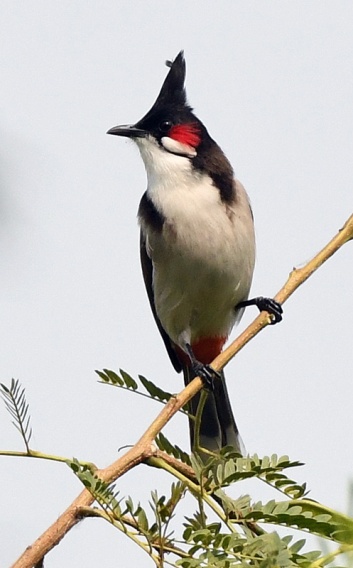 There are obvious advantages to 5MR birding. Since you’re close to home, you save on transportation costs. It’s easier to fit birding into your schedule; you can quickly bop over to a local park for an hour, instead of spending an entire morning (or day). And you may discover a new hot spot no one else knows about—your own personal birding site.

If you keep an eBird list, you can create a patch with your home in the middle and add your sightings as you go. There’s a good chance you’ll be adding data for areas where there is none, helping ornithologists create a more realistic picture of which species and how many birds are in a given region.

Once you’re a 5MR birder, you can link up with other 5MR birders. There’s a Facebook group and even annual contests, such as the 5MR Challenge. One of my goals this year is to go birding more often. I think 5MR birding is just what I need for inspiration!