Summer is just around the corner and with the warmer weather comes a new birding challenge—and a photographer’s dream—baby birds. As a photographer, I’m delighted to document the new generation. Who can resist this adorable American Coot begging for food, or a newly-hatched plover wobbling on long, spindly legs?

On the other hand, we birders suddenly have an entirely new group of birds to learn. It’s bad enough when males and females of the same species look unrelated, such as with or when entire families of birds molt into non-breeding drab browns and grays. I struggle to identify fall warblers, matching tan-and-white shorebirds, and ducks in eclipse.

Now these individuals are joined by their just-out-of-the-nest offspring, offspring that too often look nothing like either parent. These young Vermilion Flycatchers aren’t at all vermilion in color: 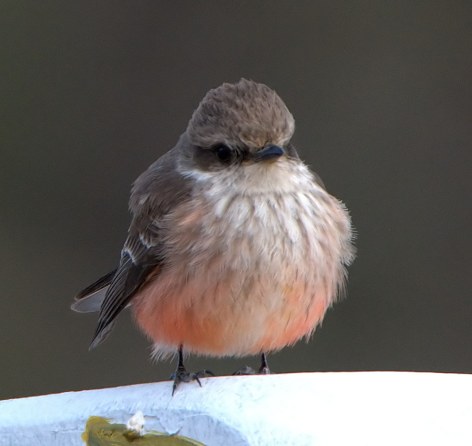 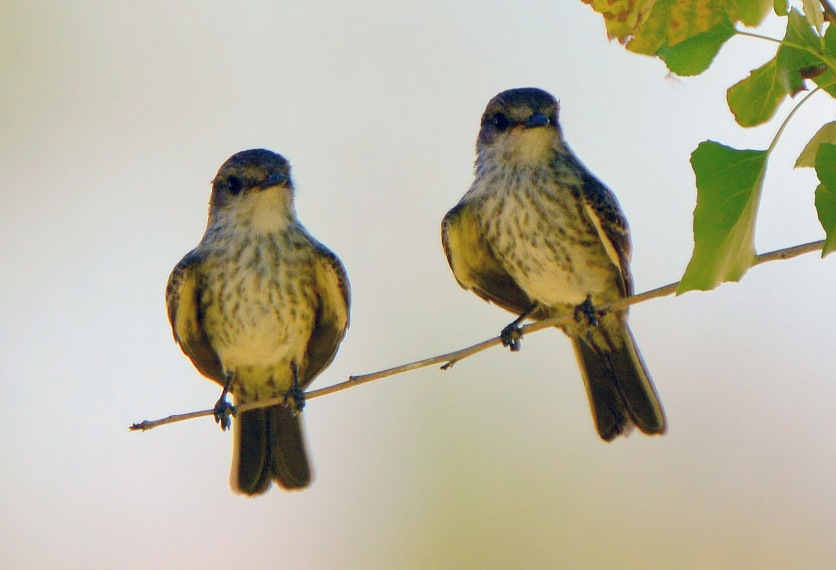 This young Tree Swallow lacks the iridescent blue that marks the adult: 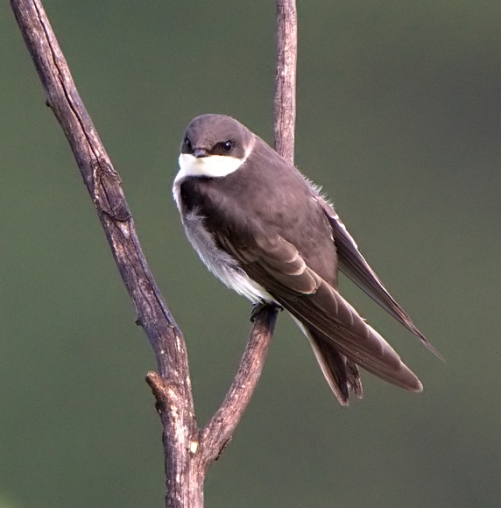 Young White-crowned Sparrows are missing their white crowns, even after they lose their spotted breast feathers.

Separating closely-related species becomes even harder. Will this Night-Heron have a yellow “crown” or a black one? I was able to label this little bird as a plover, but which plover? I couldn’t find any of the field marks I normally use to narrow my ID to a particular species. 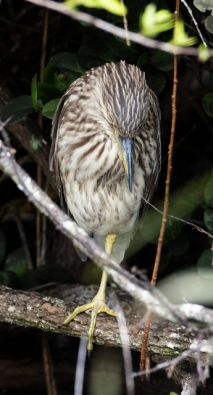 Then there are the gulls. Not only are the juveniles unlike the mature birds, but various gulls take two to four years to achieve their adult appearance, and it seems as if they try on a new persona every six months until they get there. 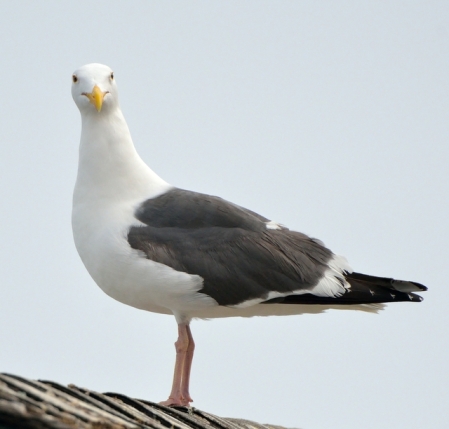 While a field guide is indispensable, there are often other clues to naming the young bird you’re seeing. For starters, we can continue to use all the signs we would normally use for any bird. Consider the location and habitat. What species breed in the area? Usually, the bird will be one that can be expected, although there are some notable exceptions. (A friend and I, both new birders, came across an immature Yellow-crowned Night-Heron in Colorado (not the bird shown above), but missed identifying it because it was so implausible. Thankfully, some more experienced birders also saw the bird, so we eventually learned our mistake.)

If the bird is still in the nest, what does that nest look like? Where is it—on the ground, in a cavity, or perhaps secured to a branch? If you’re really lucky, one or both parents will be in residence, making the ID much easier. (Remember, however, that nest parasites won’t match their caretakers.)

These young nestling are almost certainly Cliff Swallows. Not only were there plenty of adults in the area, but the nest is a dead giveaway.

Then there are those youngsters who have already fledged, leaving the nest but still looking like juveniles, not adults. This is where you need a field guide that includes immature birds. But there are still things to look for. Even if you can’t narrow the ID all the way to species, you may be able to determine in general what type of bird it is.

For example, we all recognize an American Robin, with its iconic red breast. Yes, the females are less intensely colored than the males, but they’re still obviously robins. Then you notice a new bird, robin-like but with a speckled breast! I remember my initial confusion before realizing that the plumage of young robins simply betrays their identity as thrushes. 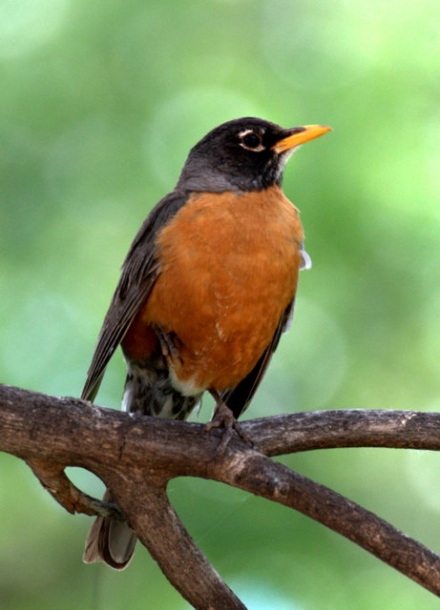 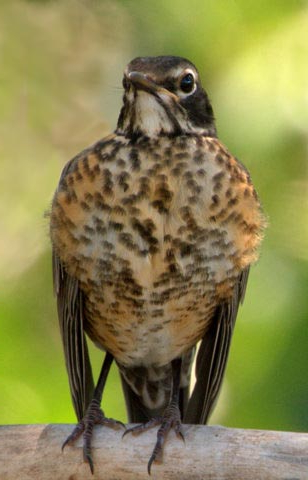 Attempting to identify immature birds can leave us baffled, but birders like puzzles. That’s one reason we started birding in the first place.