We’re all familiar with The Twelve Days of Christmas, maybe to the point where we don’t really listen to the words. Did you ever stop and realize that there are a lot of birds in that song? Think about it…

According to Wikipedia, “Textual evidence indicates that the song was not English in origin, but French, though it is considered an English carol.” French or English, the birds are therefore European species, unfamiliar to Americans. Would we have wanted these birds as Christmas gifts? 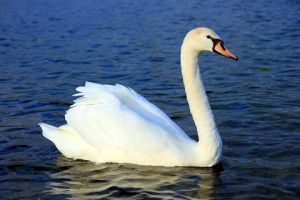 The swans could be several European species— Whooper Swan or Bewick’s Swan (a subspecies of our Tundra Swan)—but the most common (and therefore most likely candidate) is the Mute Swan. Contrary to their name, Mute Swans do make some sounds—noises such as whistling, grunting, and snorting—but they are better known for the loud beating of their wings, which carries a significant distance. (There is a feral population on Vancouver Island, where I happily ticked off the species on my life list.) 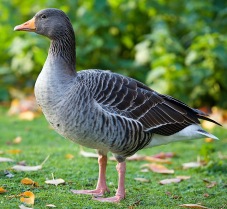 Which geese are laying? Just like with the swans, we can’t tell for sure. I’ll vote for the domestic geese derived from the Greylag (aka Graylag) Goose. The “lag” in the name refers to the late fall migration of the species, after all other geese have already flown south. Wild populations are declining in some areas, such as Great Britain. However, numbers are being augmented by feral domestic geese, so the species is not in peril. That’s good news if you want to be sending Christmas geese to your true love. 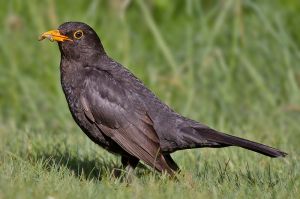 “Colly” was another name for the Common Blackbird. This European blackbird is not related to North American blackbirds, but is rather a member of the Thrush family. (Other European birds that are black include Carrion Crows, Ravens, Rooks and Jackdaws.) Weighing around three ounces, it would take more than four of these birds to make a pie. Seems the true love was running out of funds after splurging on the swans!

The three French hens were probably the most economical birds on the gift list. According to some research by Chuck, the most common chicken breeds in France at the time were the Crevecoeur (left), Houdans and the La Fleche. Maybe he gave her one of each.

The name Crevecoeur means “heartbreak” in French, perhaps the result of his darling’s less-than-thrilled response to the true love’s paltry gift of blackbirds. 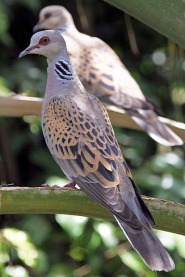 Finding a European Turtle Dove in December must have been quite a feat. The species, then common during the summer, heads for southern Africa in September, and doesn’t return north until April. (Sadly, the Turtle Dove population is in a significant decline, probably due to loss of habitat and food sources.)

These doves are often considered a symbol of devoted love because each dove is strongly committed to its mate. Going to such lengths to give a pair of Turtle Doves shows the true love’s desperation at this point.

Finally, we come to the partridge. If in truth the carol originated in France, we’re talking about the Red-legged Partridge, which (according to Wikipedia) “perches in trees more frequently than [England’s] native common (or grey) partridge.” 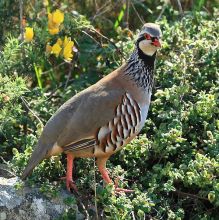 So what is this partridge like? It resembles the Chukar, a somewhat more familiar bird that has been introduced to North America and therefore appears in our field guides. I thought it quite attractive, as you an see from the photo. Various subspecies are found in France, Spain, and Corsica, and it has been introduced to the British Isles, the Canary Islands, and the Azores. Considered a game bird, the Red-legged Partridge is often raised in captivity, and is available for sale.

Whether you total up all the gifts from each repetition of the verses, or merely take the song at face value, it’s clear to me that the true love was truly out to win his lady. For me, I’d be happy with the pear tree.

One thought on “And a partridge in a pear tree…”