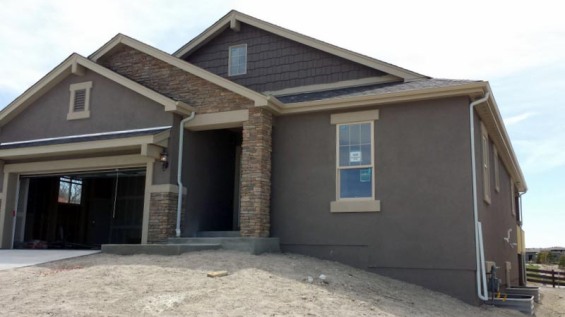 Two years ago, our new home was a blank slate. Nothing grew on our lot, not even weeds. We’re located on a hillside, and the summer rains were eroding the subsoil left by the builder. It could have been discouraging, but I couldn’t wait to get started.

Landscaping is so much fun! It’s a chance to be creative and to express one’s personality. While I had some help with the overall design (the builder provided a voucher for a professional designer), the result is exactly what we had in mind. Our little piece of Colorado Springs reflects my love of birds and other aspects of nature, plus my husband’s desire for a place to relax.

We wanted a yard appropriate to our surroundings here at the eastern edge of the Rockies. But within ten or so miles you can find habitats ranging from subalpine meadows to endless prairie. Which native landscape should we emulate? We decided on a “mountain” theme for the front yard and foothills shrubs and grasslands for the back (which I’ll talk about another time). Now we had a goal on which we could focus.

We started with the front. The first step was to observe how nature designs a mountainside. From numerous hikes, we knew that plants tend to form layers, with tall trees overhead, a shaded, shrubby under-story, and some sort of ground cover. In wetter areas, wildflowers bloom in sunny meadows. The soil is often interrupted by outcroppings of boulders. Rocky streams trickle between the mountain flanks. 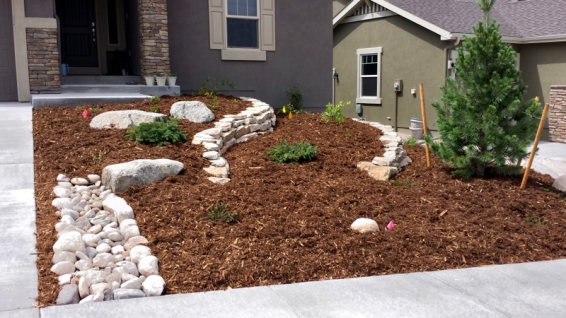 Now, how much of that could we recreate in our small yard in the middle of a subdivision? How should the slope be terraced? Which boulders should we order, and how should they  be placed? How should we deal with the inevitable storm run-off? What kinds of plants should we select? We actually put a lot of effort into achieving a natural look!

First we had to design the hardscape. Our sloping yard is terraced with low walls comprised of local stone. Granite boulders were more than half buried—frustrating in that most of the rock is underground, but much more natural appearing than simply dumping them on top of the soil. A small dry creek bed directs rainwater away from the house.

Next it was time to choose the plants. A mountain landscape demands a pine tree, but a ponderosa would have been too big. Instead, we chose a limber pine cultivar—a smaller tree that would stay in proportion to the house and yard. (We had no choice in selecting a street tree—it has to be an oak.) 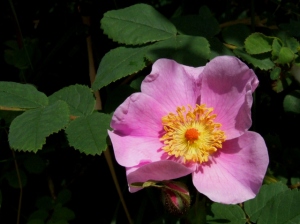 Next we needed some under-story shrubs. I have a strong personal dislike of junipers (we’re both very allergic to them), so we used dwarf spruces and firs to give the yard year-round substance. Cotoneasters and manzanitas nestle between the boulders, just as they do in the nearby mountains. Boulder raspberries and Nearly Wild roses (a hybrid shrub rose with a native ancestor, right) add seasonal flowers. Several huge catmints, currently completely covered in lavender-purple flowers, quickly filled in the gaps between the young plants.

The soil is covered with shredded bark mulch, slowly disappearing beneath bearberries (aka kinnikinnick) and various low-growing perennials.

I’m having far too much fun selecting the flowers. We don’t really live in the mountains, so many mountain wildflowers wouldn’t do well at our lower and warmer altitude of 7,100 feet. For example, columbines would have been an obvious choice, but I’ve learned that they don’t live very long at lower elevations. Instead, I opted for the showier, cultivated relatives of species I’ve seen on hikes, along with some of my favorite exotics. 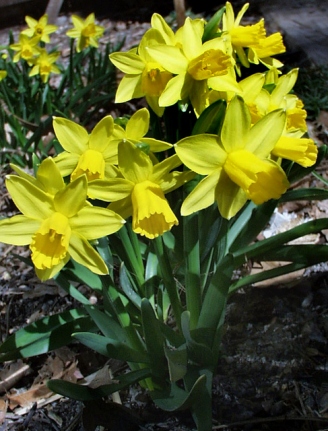 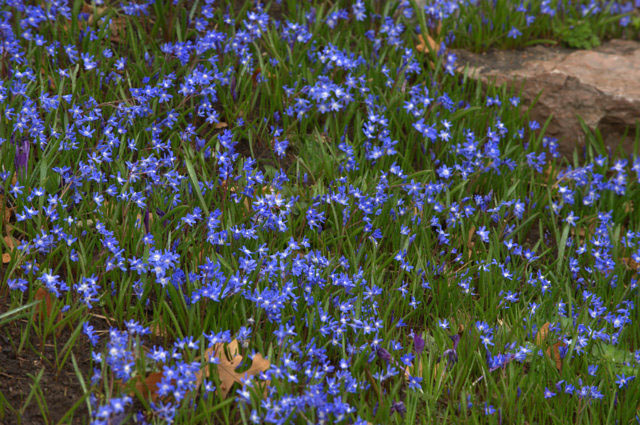 The season opens with bulbs—dwarf daffodils (above, left), grape hyacinths, sky-blue Glory-of-the-Snow (above, right) and species crocuses. Primrose yellow Basket of Gold (Alyssum, below, right) blooms at almost the same time. With our local wild cranesbill in mind, I planted a variety of blue and pink hardy geraniums (below, left) that complement similarly hued Corsican violets. Oxeye daisies are a noxious weed here, but shastas and sun daisies (Osteospernum) are fine, bringing to mind the various alpine daisies. 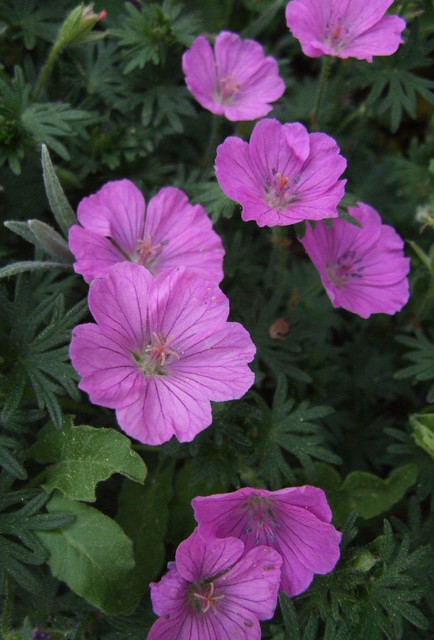 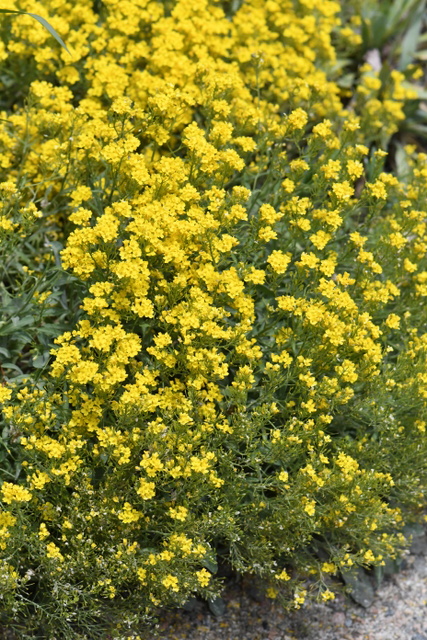 Penstemons in shades of purple or scarlet are tucked into every nook and crevice. Bright yellow evening primroses mix with late-blooming purple gayfeather (Liatris) and the flaming orange-red of hummingbird trumpet (aka California Fuchsia, Epilobium canum, below) in one of my favorite color combinations. 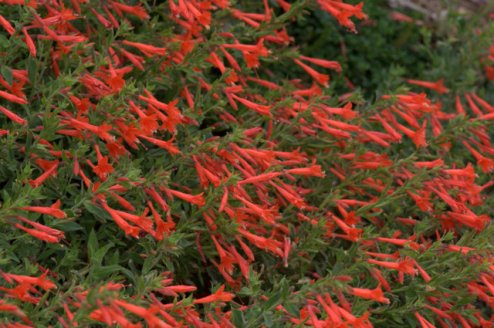 Granted, I took some liberties, hoping to improve on nature, but the overall effect does bring the mountains to mind. From the abundance of birds and bunnies, nature thinks so too. Here is what it looks like today, two years later. (Not all the flowers show up in the photo.) 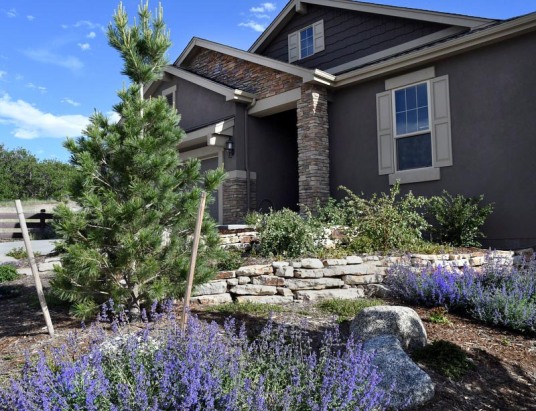 One thought on “Natural Landscaping”