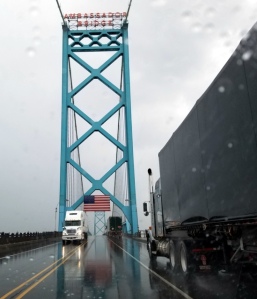 (If you’ve just tuned in, this is the fourth post in a series about our 2017 trip around the Great Lakes.)

By the time we left Grand Rapids, I had spent some enjoyable mornings birding Michigan while my husband, Pete, had attended a number of successful meetings. We had also visited two of the four states I had been missing, moving me that much closer to my goal of visiting all fifty. The trip was going well. And  now it was time for Pete to check off his own bucket list dream.

Many years ago, Pete had visited Niagara Falls on a family vacation. While there, they decided to take the Cave of the Winds tour, which gets you right up to the base of the American-side falls. Unfortunately, back then you had to be seven years old to go on the tour, and he was a just few weeks shy of his seventh birthday. So Pete was left sitting on a bench by the ticket office, dejectedly watching everyone else (including his two older brothers) go off to have an exciting time getting soaked.* Needless to say, he’s wanted to go to the Cave of the Winds ever since.

Realizing we’d probably never be this close again, we headed east through Canada to the falls in upstate New York, with a stop in Hamilton, Ontario, to visit friends. 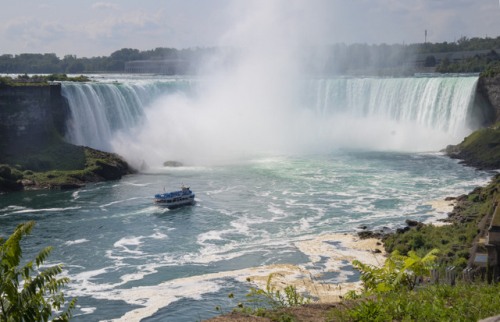 The last time I saw Niagara Falls, I was nine years old, but it isn’t the sort of thing you forget. I took a bunch of obligatory photos, then we bought tickets and headed down to the Cave of the Winds. It was pretty impressive! Then, while Pete happily stood in the drenching spray, shooting photo after photo with his waterproof camera (yes, he’s the adult in the lower photo), I climbed back to the park above and went looking for birds. 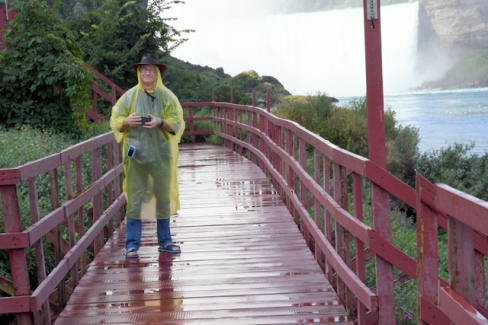 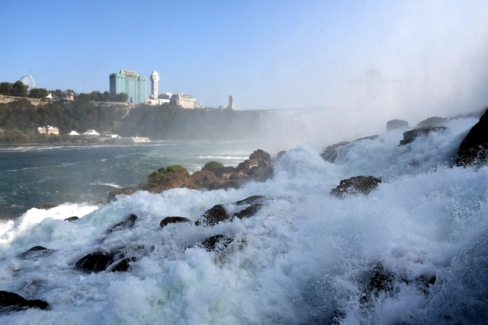 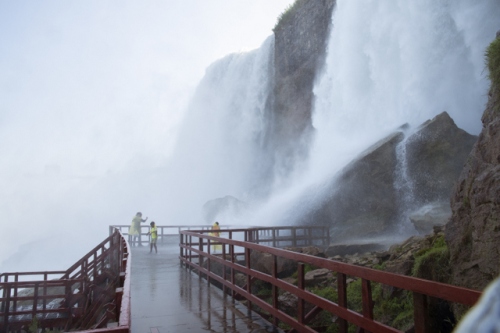 A busy park, with mostly lawn for habitat, isn’t prime birding, but sometimes you have to take what you can get. And I did see some birds. There were young House Sparrows on the split-rail fence, a Yellow Warbler in a tree, and some Herring Gulls floating overhead. An unfamiliar call led me to a Baltimore Oriole, a treat for this western birder. 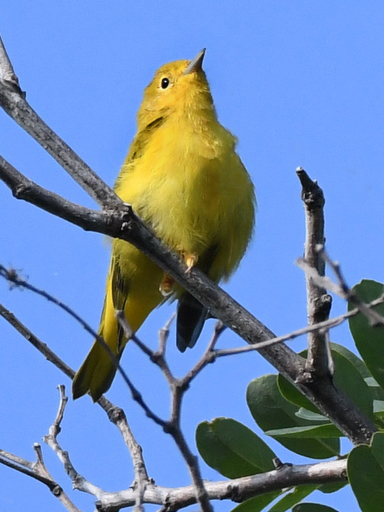 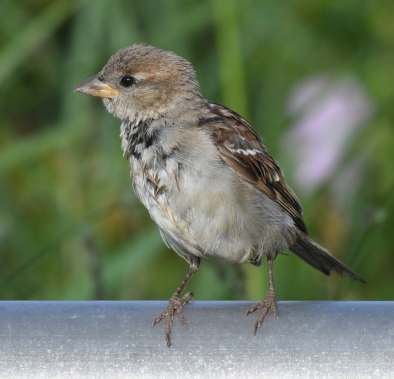 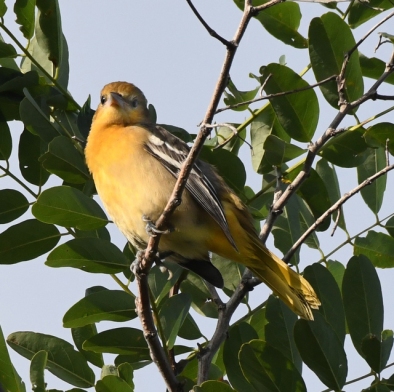 Over by the water, Double-crested Cormorants flapped back and forth, following the river. Some islets above the falls were covered with trees whose branches still held a number of large, empty cormorant nests. 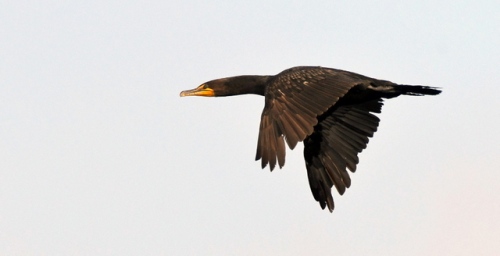 The cormorants were accompanied by V-shaped flocks of Canada Geese. I realized that, as they were hanging out on the other side of the international border, for once one would be correct in calling them Canadian Geese!

As far as birding goes, I wouldn’t recommend Niagara Falls as a prime destination. However, since we were there anyway, it was nice to add a bit of birding to the day’s itinerary. 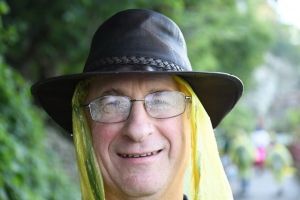 I’d pretty much exhausted all the possibilities, and Pete was finally content (and thoroughly soaked). It was time to retrace our steps and head west. We wanted to make a brief stop on the Ontario side of the border, but parking was non-existent. Instead, I hopped out to grab some more photos while Pete circled the block a few times. 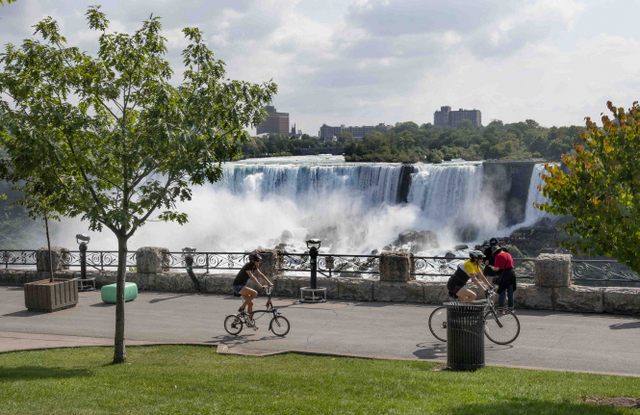 Then we packed it in and headed back to Michigan and the Upper Peninsula. I’d heard about several hot spots that I couldn’t wait to explore. Would the birds meet us there? Stay tuned…

* Pete is quick to point out that he wasn’t left totally on his own—the ladies in the ticket office had offered to keep an eye on him.