I sat munching my seedless grapes, enjoying the sweet juices. I bit one in half, and focused on the tiny, immature lumps that would have been seeds in another variety. I’ve always taken seedless grapes for granted, but now I wondered—why didn’t the seeds develop in this cultivar? It clearly goes against a plant’s nature to grow fruit without seeds.

And what about watermelon? Is the same process involved? And those name brand tangerines we just polished off didn’t have seeds either. These days, even bananas are seedless. I miss the little black dots that used to decorate my banana bread. Then there are seedless tomatoes and cucumbers, two more fruits, at least from a botanist’s perspective. I had never stopped to consider how many seedless fruit crops are now available.

Plants that produce fruit without seeds are said to be parthenocarpic. Some fruit is seedless because genetic factors prevented the formation of viable gametes (eggs/ovules and sperm/pollen). In other cases, the plants could have produced fruit with seeds, but pollination didn’t occur.

Many plants are not self-fertile—the female flower parts reject pollen from that same plant, and instead require pollen from another specimen of the same species. This ensures that each generation will have a different combination of genes, helpful if you want to succeed as a species. (A larger gene pool means that a species is more likely to survive any surprises.) 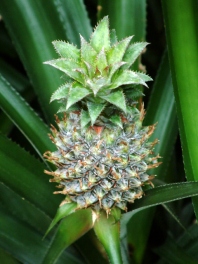 Thus, if you’re growing fruits that require cross pollination, you must have more than one variety if you want a crop. Apples are one example; no fruit forms if pollen from a different cultivar doesn’t reach the flowers. Neither pineapples nor oranges are self-fertile, but in this case, even if the flowers aren’t pollinated, the fruit grows anyway. There just aren’t any seeds. Growers wanting seedless pineapples or oranges simply plant a monoculture of only one cultivar.

Tomatoes, however, are self-fertile. So how did I grow seedless tomatoes? I sprayed the tomatoes I grew in my greenhouse (when I had a greenhouse) with something called “blossom set spray.” It’s a hormone that convinces tomato ovules that they’ve been fertilized—even if they haven’t been. The flower’s ovary goes ahead and develops into a fruit, but the lack of pollen means there are no seeds.

Some seedless fruit have an extra set of chromosomes, a condition we call triploidy. Having three sets of chromosomes (or any odd number) means that meiosis can’t take place—that extra set is missing a partner to pair with. No meiosis means no gametes, so there are no ovules to grow into seeds.

Triploidy occurs both naturally, from spontaneous mutations, or breeders can intentionally cause it through hybridization. Seedless bananas, cucumbers, and watermelon are produced on triploid plants. 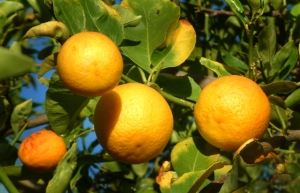 You may wonder how, if seeds are lacking, we manage to grow new plants. Most fruit cultivars are produced asexually, through cuttings. That way the new plants have the same desirable characteristics as the parents. For example, new banana and pineapple plants are produced from offsets (suckers). Grapes and citrus trees are grafted.

Seedless watermelon or cucumber seeds are the result of careful hybridization. Typically, triploidy results from a cross between a variety with two sets of chromosomes and one with four sets. The seeds for these parthenocarpic varieties cost more, as more effort goes into producing them, but I happily paid