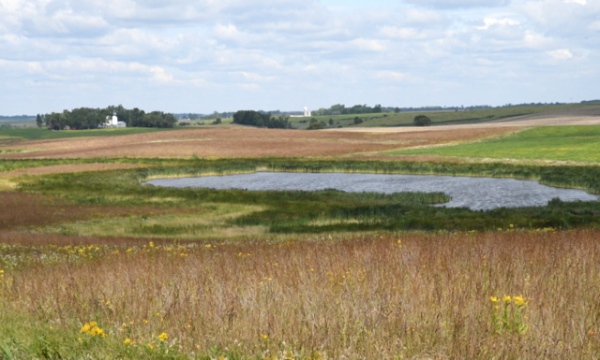 I hadn’t really planned to spend time birding in Minnesota. We were on a road trip around the Great Lakes, and we had finally turned toward home. But my high expectations for Whitefish Point, in northeastern Michigan, had been squelched by high winds, and we decided to cut and run, saving the time to spend someplace more accommodating and birdy. That someplace turned out to be Hamden Slough NWR.

Hamden Slough is located in Minnesota, about 40 miles directly east of Fargo, ND at the eastern edge of the Prairie Pothole region. The refuge covers 3,210 acres, 22 of which are undisturbed prairie, although the parcels are small and highly fragmented. The rest of the area includes several shallow lakes, marshy wetlands, and restored tallgrass prairie. When we arrived, on a sunny morning in early September, we were the only ones there. 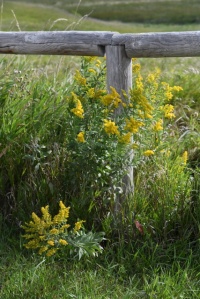 I had done some research, and was eager to get started. According to the refuge website, “Restoration efforts have attracted a very high concentration of waterfowl and shorebirds, and the refuge was designated an Important Bird Area by the Minnesota Audubon Society.” That sounded promising!

Established in 1989, the refuge remains largely unimproved. We arrived at a small parking area with a trail heading off across the grasslands, so I grabbed my camera and binos and set off to see what I could see. (Pete happily settled down with a book to wait in the car.)

I have to say I was a bit disappointed. There just weren’t many birds, and no shorebirds at all. Perhaps they were smart enough to know that winter was coming, and had already headed south, even though the warmth of summer still lingered. This was Minnesota, after all. Even though we arrived early in the morning, it was very quiet. 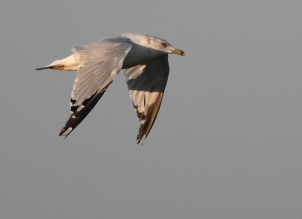 Still, there were some birds. I checked out the lakes first. The Ring-billed Gulls were easy to spot—blobs of white against the dark water. An assortment of ducks in eclipse plumage strained my ID skills. Overhead, Canada Geese flew southward in large Vs. They were joined by several American White Pelicans and a few Sandhill Cranes.

There had to be birds here! Maybe I was just looking in the wrong place? Scanning the tall grass for sparrows, I came up empty handed. 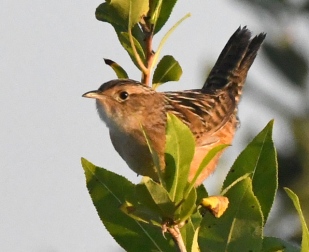 I stopped to carefully examine the lone shrub along the trail, and—yes! There was a Sedge Wren, a lifer for this Colorado birder!

Returning to the car, we drove a bit farther along the edge of the refuge until we came to a row of trees and shrubs—a windbreak sheltering a nearby farm. Some movement in the foliage caught my eye, and we stopped to look. And this time, there were plenty of birds!

Warblers—American Redstart, Common Yellowthroat, and others— along with sparrows, Rose-breasted Grosbeaks (unfortunately, they weren’t in their colorful breeding garb), and some hard-to-see little brown jobs (flycatchers?) flitted through the leaves and perched on the branches. While I struggled to put names to the eastern species, especially the fall-feathered warblers, I quickly recognized the pair of Mourning Doves, just as common in Minnesota as they are in Colorado. 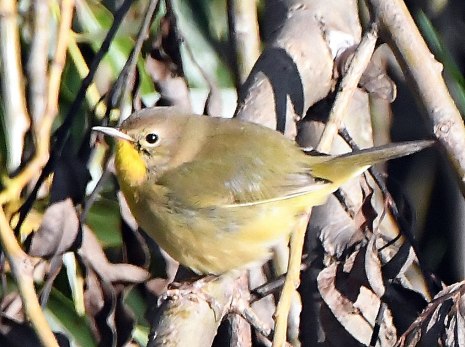 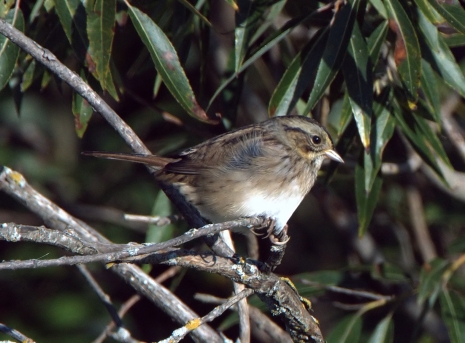 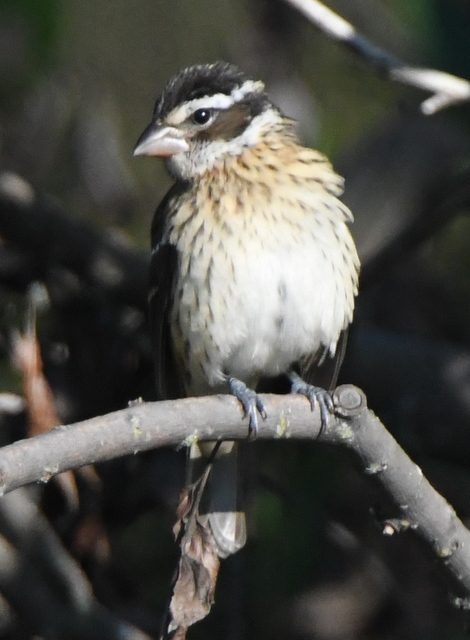 So I got my “bird fix” in Minnesota after all. After an enjoyable morning, we got back on the road heading toward North Dakota. I eagerly anticipated finally checking off one of my bucket list goals: visiting all 50 states.