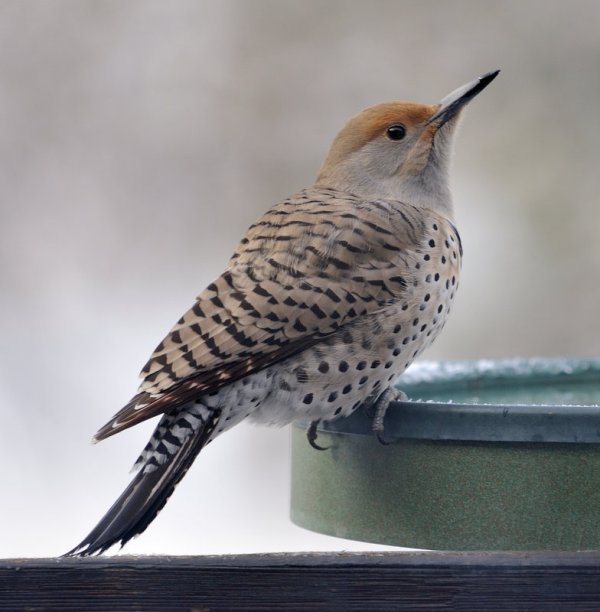 In honor of this coming Thursday being Valentine’s Day, I decided to present you with some hearts, courtesy of the Northern Flicker.

I’ve long known that flickers are easily identified by their black bibs and spotted chests. But have you ever gotten a look at the feathers further down their bodies, such as on the side near the rear, or the rump just above the tail? It can be hard to see them, as they’re usually hidden by the position of the bird, or obscured by the folded wings.

I’m glad someone stopped to look closely at the feathers there, or we’d never know that under those wing feathers is a multitude of hearts! It’s true for both Northern Flickers and Gilded Flickers.

Look at the spots right above the tail; can you tell that they’re hearts? 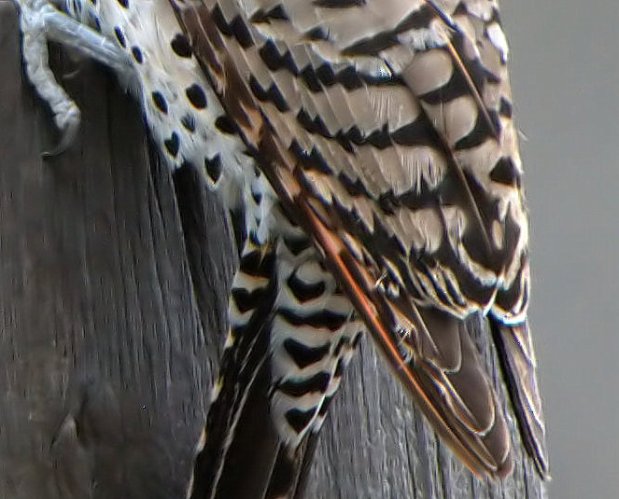 Note that the hearts are both on the side at the bottom, as well as under the tail.

In this photo (courtesy of Nature’s Pic’s), you can get a much better look. 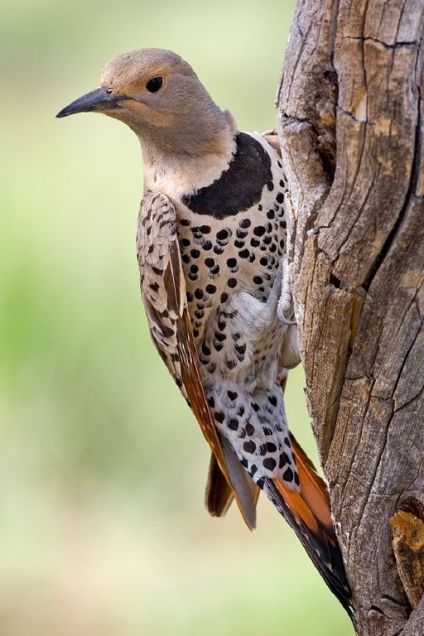 Again, look at the white feathers near the tail. You can click on the photo to see an enlarged view.

The flickers I encountered refused to lift their wings and pose, so I don’t (yet) have the photo I’m hoping for. Since I don’t want to steal someone’s copyrighted work, I’m sending you to cmlegere.com for a good look at the hearts on the feathers.

And as if heart-shaped spots aren’t enough, male yellow-shafted (eastern) Northern Flickers have a heart-shaped red spot on the back of their head. Pretty cool! (Yellow-shafted flickers are uncommon in Colorado, so again, I’m lacking a photo, but you can check out this picture at TrekNature.com.)

It’s February, and even if the weather outside is no indication, spring is coming. Flickers will soon be banging their beaks against telephone poles, chimney flashing, and the wood siding of our homes—at 5 a.m. In turn, we will send them nasty thoughts and plot their demise.

However, the next time you’re tempted to stick a shotgun out the window at a pesky bird, remember, killing (or even harassing) any native wild bird is illegal, with a hefty fine. Besides, flickers can’t be all bad—they wear hearts!

The answer to last week’s quiz was… Willet.