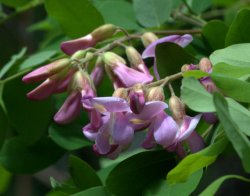 When we think of legumes, we think of peas and beans, but those common foods are just the beginning. The pea family (Fabaceae or Leguminosae) is the third largest family of plants, with somewhere between 13,000 and 19,000 species (botanists disagree) that range from large trees to sprawling vines to shrubs and small forbs. They may look quite different from one another, but a careful examination will reveal a number of similarities, making the members of this fascinating family fairly easy to identify.

For starters, look at the leaves. The leaves are compound, meaning that they are comprised of a lot of leaflets arranged around a mid-rib, which in turn is attached to the plant. Not all plants with opposite, compound leaves are peas (think of ferns, for example), but it’s one trait to look for. Furthermore, these leaflets are arranged opposite one another in pairs. Botanists use the word “pinnate,” from the Latin word pinnatus, meaning “feathered.” (While the leaves or leaflets are paired all along the stem, there may also be a single terminal leaf at the end.)

Perhaps the easiest way to ID a legume is by looking at the distinctive flowers. They typically have bilateral symmetry—the two sides mirror each other. The flowers consist of five fused sepals and five free petals. The top-most petal is upright, forming a lobed “banner.” Two petals, one on either side, resemble vertical “wings,” and in the center the last two petals fuse to form a keel. The flowers have both male and female parts, so they can be self-fertile. Still, it’s better to be pollinated, so the flowers tend to be large and showy, attractive to insects. 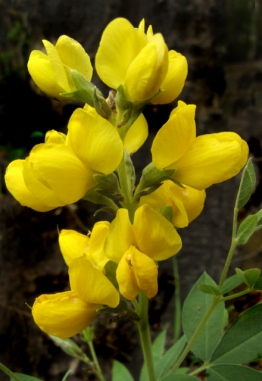 While the flowers of some legumes may not appear to be a typical “pea” blossom, look closer. They may be clustered into a flower head, as in the case of clover, but each individual bloom is a tiny pea flower. 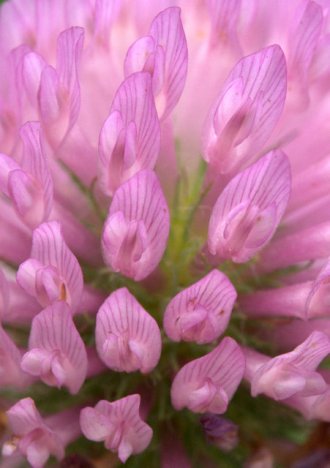 Finally, legumes produce seeds in pods, which are  technically fruit. In some cases we eat the pod, as with snap peas and green beans. In other case we eat the seeds, as with garbanzos or limas.

Peas and beans aren’t the only commercially important legumes. Alfalfa, peanuts, carob, tamarind, and licorice are also legumes. So are clover, acacia, lupine, mimosa, wisteria, and many other ornamentals.

Then there’s their ability to fix nitrogen, an essential element for plant growth. (While legumes aren’t the only plants that have a symbiotic relationship with nitrogen-fixing bacteria, they’re the best known for it.) Nodules on the plants’ roots house bacteria, which take nitrogen from the air and turn it into a form the plant can use, offering a continual supply to the plant and reducing or eliminating the need for nitrogen fertilizer. This enables legumes to thrive in soils lacking in nitrogen, as are found in tropical rainforests.

Unfortunately, not all legumes are so virtuous. Many of these species are noxious weeds in various places. While landscapers in Colorado laud the merits of various brooms, Scotch broom is an invasive pest on the west coast. And kudzu threatens to engulf the southeast. 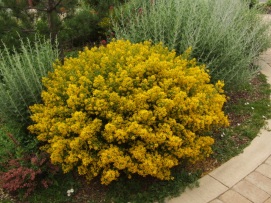 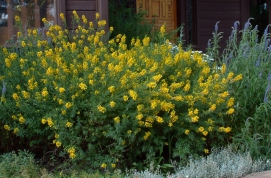 Then there are the poisonous peas. Here in Colorado, ranchers are constantly on the lookout for locoweed, one of several legumes in the genera Astragalus and Oxytropis that contain the phytotoxin swainsonine. This chemical is infamous for its effect on browsing livestock, causing them to become lethargic and depressed. While the animals may survive, the neurological damage can be permanent. 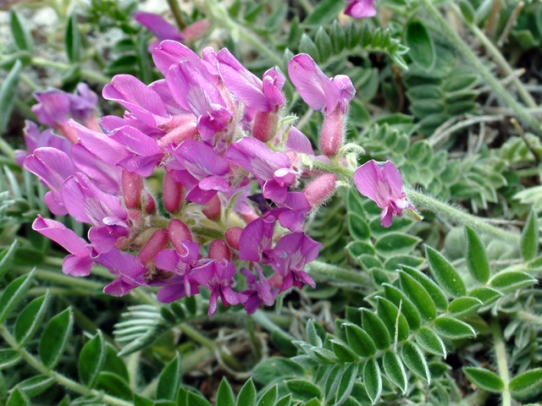 As with any large family, there are going to be some superstars and some, shall we say, “interesting” characters. What can we say?