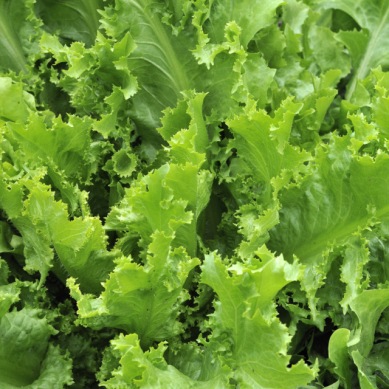 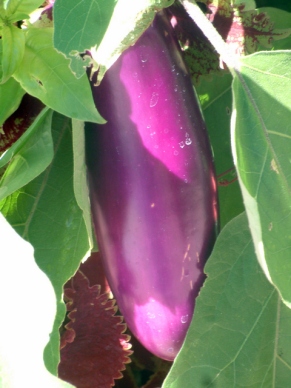 August should be a time of bounty. By now, seeds sown last spring should have had time to grow and produce a harvest—leafy red chard, crunch lettuce, glossy eggplant.

When you garden in Colorado, nothing is guaranteed. Sometimes it is too hot, other times it’s too cold—and this year we’ve seen both extremes.Our late May snows delayed planting and I’m still waiting for several crops to get their acts together. My squash still only has male flowers—they’re pretty, and edible, but they aren’t going to grow into a zucchini. The earliest of my pole beans are finally ready for picking, but my favorites have yet to even bloom. Last winter, I decided that this would be the year to trial some early eggplants and peppers. The plants have finally offered up a few flowers, but I doubt that they’ll have time to mature a harvest. I’ll have to try again next year, and hope for better weather. 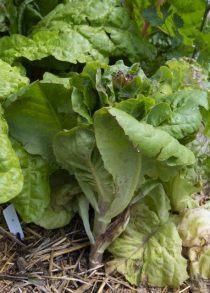 With other crops, the week of scorching weather we had last month was too much of a good thing. Cool weather veggies bolted, turning bitter and good only for the compost pile. The bok choy has lovely yellow flowers on it, and of course, the lettuce is done. We managed to be out of town when the butter lettuce (my favorite) was ready to pick. I hope our house sitter enjoyed it. 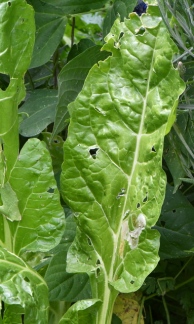 All of my red-leafed chard plants have bolted. As chard is a biennial, this means that at one point it got cold enough to fool the plants into thinking it was winter. The standard advice to plant chard a few weeks before the last frost doesn’t work well here, but this year I even waited until the end of May to set out my seedlings. I’ll try a different cultivar next year. Interestingly enough, the green chard I set out at the same time is fine. Yes, some of the leaves have been ruined by leaf miners, and the hail punched some impressive holes, but there’s enough to add a leaf or two to our scrambled eggs most mornings.

I’ve been picking leaves off my basil all summer, but now it’s time for a major cutting. As long as I leave enough behind, it will regrow even bushier, and I’ll be able to get another harvest in a month or so. 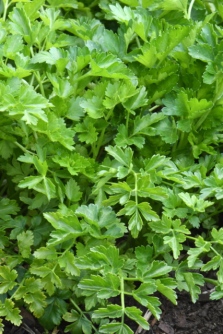 The Italian parsley I started this year is thriving—a good thing as we love tabbouleh. I’m also adding it to my freezer as parsley butter to complement winter dishes. Parsley is another biennial, and it manages to overwinter here, even with no special measures. I just have to remember where I grew it when it comes time to plan my 2020 garden. Last year’s parsley has bloomed, an overwhelming abundance of umbrella-like flower heads on plants several feet tall. I let it go as long as I could—the flowers attract beneficial insects, plus swallowtail butterflies had laid eggs on some of the leaves. Finally, at my husband’s nervous urging, I cut it all down. I really don’t want it to self-seed; we’re still pulling a gazillion seedlings out of our lawn and shrub borders several years after I made that mistake! 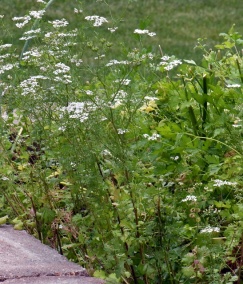 Sadly, the cilantro is also blooming—good for the lacewings, but bad for my curries and other dishes. I tried planting succession crops, but they still all bloom at the same time. That’s another crop I’m careful about letting go to seed. On the one hand, I grind the seeds for coriander. On the other, they’re prolific self-sowers, and one can only grow so much cilantro. Now I choose a few plants to let ripen, and cover the seedheads with bags before they shatter. In the meantime, I’m hoping to grow some new plants in pots that I can eventually bring indoors. 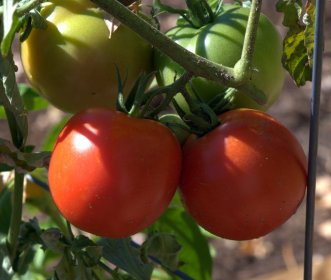 My surprise success this year has been my tomatoes. I couldn’t find my seeds when it came time to start them (somehow they got packaged with the beets!), so I headed to the hardware store and, for a few dollars, bought three Early Girls in 4-inch pots as soon as they arrived in late March. By buying them so early, they were smaller, and therefore cheaper. I figured I could raise them myself, moving them into ever larger pots as they grew.

When days finally began to warm, late in April, I started moving them outside during the day, bringing them back inside at night. Now quite large, the plants bloomed, and since they were exposed to nature most days, the flowers got pollinated.

Normally we plant tomato seedlings in mid-May (perhaps with some frost protection), but this year repeated snowstorms and freezing weather delayed planting until a week into June. To my astonishment, by this time the flowers had become marble-sized green tomatoes. And for the first time ever in Colorado, I picked a ripe tomato for our Fourth of July barbecue!

Summer is already half over, but surely there’s still time for some “fall” (the term is relative) crops. Yes, the days are warm, but there’s no time to lose. Our average first frost is in mid-October, but in our 27 summers here in Colorado, it’s come as late as November and as early as September 8!

I’ve now replaced the lettuce with more chard seedlings. We love chard, and hopefully the new plants will produce for a while before they freeze. 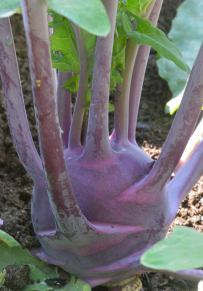 I’m also seeding some more bok choy, with the hope that it will be happier with fall’s shorter days and cooler temperatures. We prefer the miniature cultivars; they’re a better fit for both my limited garden space and my wok. We’re not big fans of radishes, but they’re less likely to bolt if planted in the fall. And while we’re discussing the cabbage family, now is a good time to add some kohlrabi to the garden. Kohlrabi is often hard to find in the market, and while it’s a pain to peel, I love the crisp white root sliced  into salads and grated for mixed-veggie slaws.

Spinach is an ideal fall crop. The shorter days mean that it will not go to seed, as it does in late spring. I’ve long been allergic to it, but I’m considering planting a few blocks for my husband to enjoy. With adequate protection (think cold frame and mulch), spinach can overwinter and provide some early greens before going to seed by mid-spring.

When the temperatures reaching into the nineties, it is hard to motivate myself to work outside. I prefer to garden in the cool morning, just as the day gets bright. That hour of quiet contemplation relaxes me for the entire day, plus I’m rewarded with some freshly picked veggies for dinner.