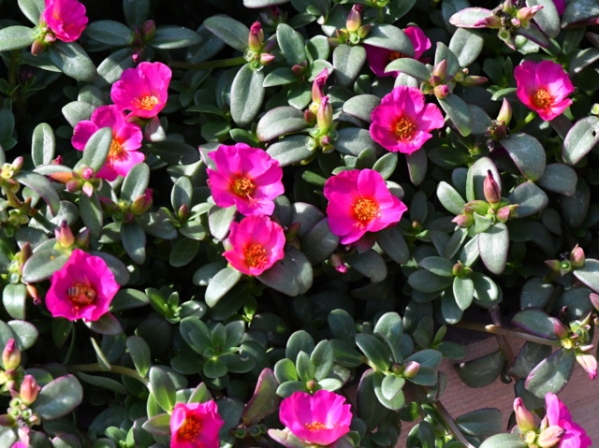 What were those vibrant pink flowers? They were definitely show-stoppers, especially as they were spilling out of planters crammed full of flowers in other shades of pink plus various yellows—creamy white Cockscombs (Celosia cristata), pale pink, ruffled Cosmos and darker pink Globe Amaranth (Gomphrena), butterscotch-yellow Lantana, Petunias in either a lush purplish-pink or a pale cream with yellow throats, and finally, bright lemon Flowering Maple (Abutilon). Whoever had designed the display, situated along the walkway in front of the greenhouses at Denver Botanic Gardens, clearly had a good eye for shapes and colors. 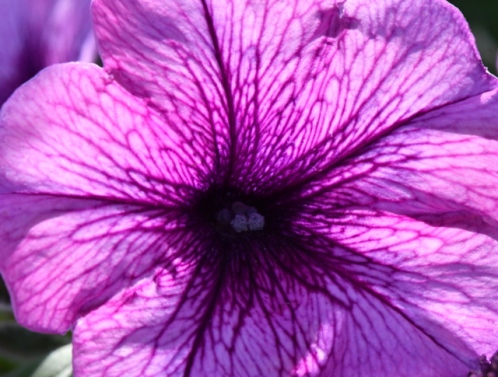 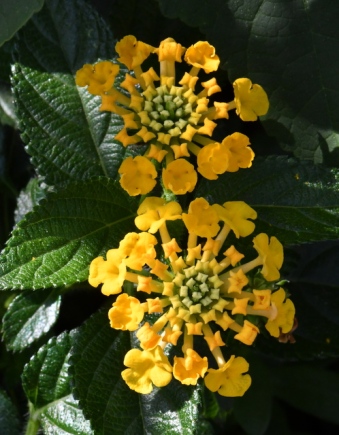 Looking more closely at my mystery flowers, I realized that their leaves reminded me of Portulaca oleracea, commonly called purslane. (If you regularly read this blog, you know that I just posted an article in August on the nutritional value of Portulaca.) I am aware that many people consider this species to be tasty and good for you, and intentionally grow a leafier cultivar in their gardens, but I hadn’t realized that it has also been bred into a number of ornamental cultivars—and very attractive ones, at that. I soon discovered that the one I was admiring (shown at the top of the page) was aptly named ‘Toucan Fuchsia.’ Yes, it certainly looked tropical! 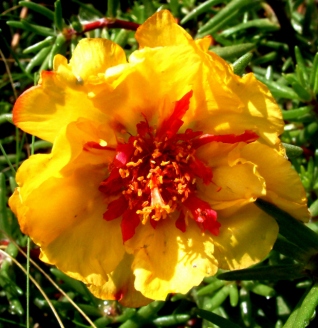 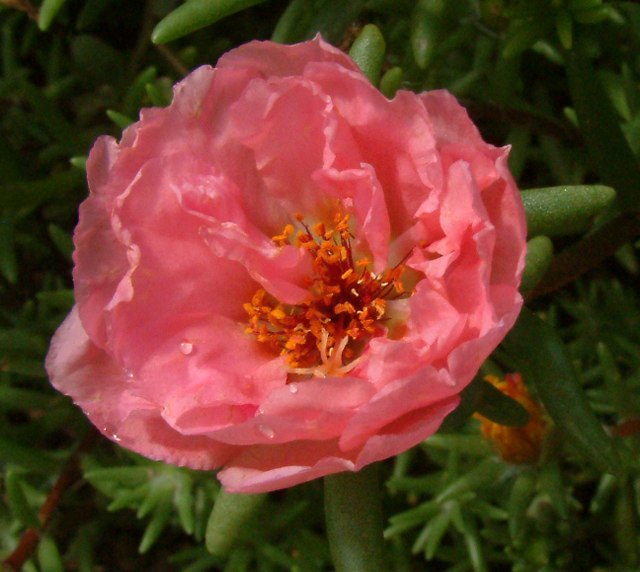 If asked to choose a plant for domestication, Portulaca oleracea wouldn’t have been my first candidate. With a worldwide distribution, purslane is one of my most aggravating weeds. In fact, I had spent the entire previous afternoon toiling in the hot sun, pulling plant after plant out of my gravel walkways. Once it’s been uprooted, you can’t leave it lying around, as it will re-root wherever it lands, and you’ll have to pull it out all over again. Don’t even try to compost it. I’m sure it would thrive there.

It’s a good thing that the plant is relatively easy to dislodge. Purslane produces prodigious numbers of seeds—240,000 of them from a single plant!—and they remain viable in the soil for up to 40 years. In fact, it can be so invasive that it’s on Arizona’s list of noxious weeds.

On the other hand, purslane’s fleshy, succulent leaves mean that it’s drought-tolerant, an important consideration in the arid west. It’s very easy to grow, only requiring full sun and good drainage. Insects and diseases are rarely a problem. And once it begins blooming in mid-summer, the flowers keep coming until the annual is killed by frost.

Clearly breeders have done a number on this lowly weed.  The uncultivated flowers—the ones on the weeds in my backyard—are only a quarter inch across; these were over two inches in diameter. Their pink color is a far cry from the original’s dull yellow. If such a shocking pink isn’t your preference, you can also choose from orange, bright yellow, red, white, or a bicolor combination.

The plants are about six inches tall, with a 15 inch spread.  They worked exceptionally well in the planter beds, and would be equally at home in hanging baskets, but would also shine as a small space ground cover.

Even though the plants are very attractive, I hesitate to plant them in my own yard. Would I have to be diligent in removing the faded flowers, before they could get started on those zillions of seeds? Would I have purslane in my garden forever more?

It will be interesting to revisit the botanic gardens next year and see if the plants have left offspring that even those enthusiastic volunteers can’t subdue. If all is well, maybe I’ll consider growing a few plants for my containers. Those pink flowers were awfully pretty.