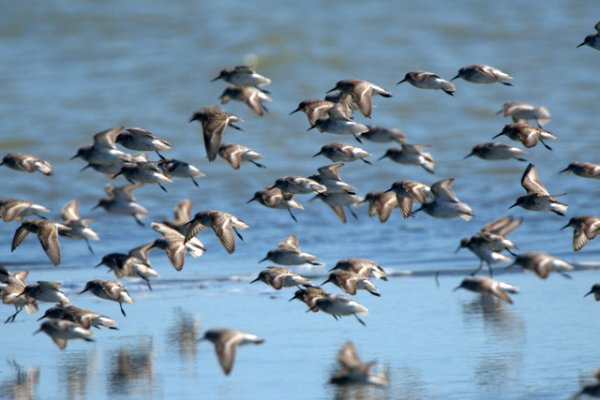 We’re gearing up for a long-awaited road trip to Washington state. I can’t wait to see the grandkids (and their parents) and, since we’re driving, of course I can’t pass up the opportunity to bird somewhere that isn’t home.

We had wanted to go this past spring, but we all know how that turned out. I don’t often get the opportunity to bird the coasts, so I was eager to finally see shorebirds heading north in their easy-to-ID breeding plumage. Now, all those birds have morphed into migrants heading the other way in drab white and tan. Still, we’ve included several days at wildlife refuges known for vast numbers of migrating sandpipers, and in the meantime, I’m brushing up on my sandpiper ID skills. 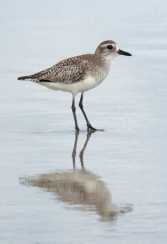 Not all wading birds are sandpipers, so my first order of business was to refresh my memory on what distinguishes a sandpiper from, say, a plover, stilt, or avocet. Black-necked Stilts, Oystercatchers, and American Avocets are easy to identify, even at this time of year, but plovers, especially the taller ones such as this Black-bellied Plover, can fool me. I look for their shorter, blunt, stubby bill and remember that they often like to prowl higher up on the dry sand. If I can’t find the bird while thumbing through the sandpiper section of the field guide, I check the plovers as well.

Since shorebirds try to avoid competition with other species, they have bills of different lengths, allowing them to find their food at differing depths in the mud. In addition, the beaks aren’t always straight. Curlews and Whimbrels have long, long beaks turned down at the end. Godwits have similarly long beaks, but theirs turn up. And dowitchers have long, thick, straight. Sometimes the beaks are quite similar—the downward bend on a Western Sandpiper’s bill is hard to notice, especially when it’s far across the mud.

Look at those legs! Their color is another useful field mark, although clinging mud can disguise even the brighter hues. Yellowlegs aren’t the only sandpipers with yellow legs. Leg color is the easiest way to separate out a Least Sandpaper from the look-alike Semipalmated and Western Sandpipers. Redshanks are named for their red legs,  Willets have legs of steely gray-blue, and the unmistakable legs of Ruddy Turnstones are bright orange. Those legs also differ in length, from the short legs of Black Turnstones (at bottom) and Rock Sandpipers, to the longer legs of yellowlegs, curlews, and aptly named stilts. 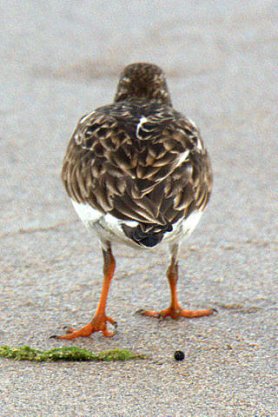 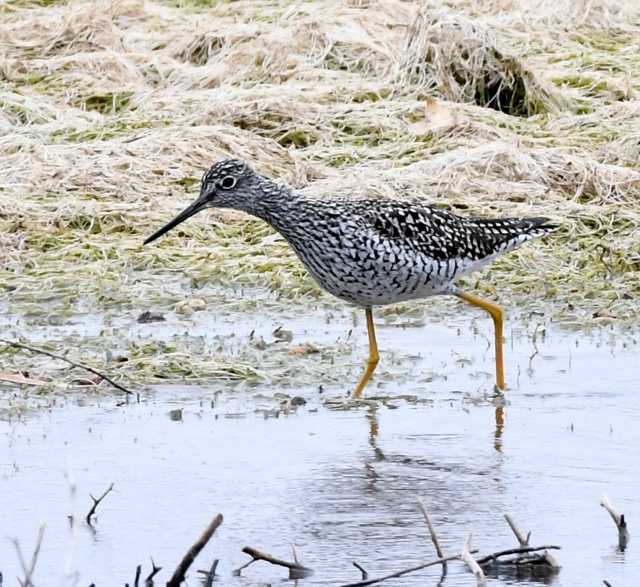 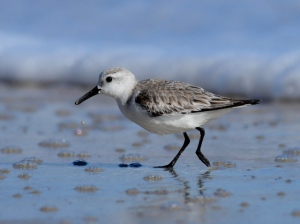 Remember to watch the birds for a while to pick up on any special behaviors. Spotted Sandpipers bob their tails, even when the spots have gone for the winter. Dowitchers look like little sewing machines, their beaks poking up and down as they feed. And Sanderlings (right) play tag with the surf.

If you’re lucky, the birds might take to the air, so you can see the patterns on their wings and tails. It’s even better if they say something. The best way to differentiate between short- and long-billed Dowitchers is by their calls. The same holds for Greater and Lesser Yellowlegs.

Finally, consider where you are birding, both the habitat and the overall location. Are you at a mudflat, a sandy beach, or a rocky coast? You probably won’t find Surfbirds and Black Turnstones (below) on tidal flats, or Sanderlings prowling tidepools. Which ocean are you near, or are you inland? While individuals do stray, most birds aren’t rarities—if there’s an entire flock of them, they’re likely a species that belongs there. (And if you’re lucky, one of the birds isn’t quite like the others—that’s the one to pay special attention to!)

I don’t expect to quickly ID every bird I see, but hopefully by paying close attention to detail, and taking lots of photos to refer to in the future, I’ll improve my sandpiper skills and maybe pick up a new bird or two.