We’ve all seen the hype—

But do these “special garden remedies” actually work, or are they a waste of time and money? Worse, can they damage your plants or soil? How can you know what to heed, and what to ignore?

I’ve poked around and amassed a list of common garden recommendations (Pintrest was an especially fertile repository). Over the next few months, I’ll be passing along my thoughts on the worthiness of each bit of advice, based on what I learned in my eleven years in the master gardener program and my over 50 years as a home gardener. If you come across something I haven’t covered, please let me know, and I’ll look into it. We’ll start with that oft-promoted recipe: 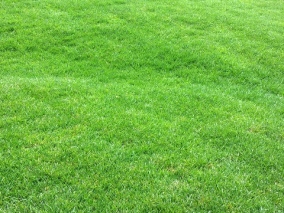 This advice has been around for ages. Here’s one example: Secret Lawn Tonic Recipe From Golf Course Groundskeeper – Updated , but there are thousands. (I googled beer lawn recipe and got over half a million hits!)

Why is this advice just plain wrong? Tony Koski, lawn expert from Colorado State University, wrote an extensive blog post titled “Lawn Tonics…” addressing every part of this tonic, and why the whole thing is a waste of good beer. I will summarize here, but I suggest you read his entire post. It’s extremely enlightening.

According to this recipe-gone-viral, the ingredients include:

(Some recipes include other ingredients, such as baby shampoo instead of dishwashing soap, or Epsom salts; this is the basic version.)

We’re told to mix everything together, put it in a 10-gallon hose-end sprayer, and apply it to the lawn every three weeks.

Note that nowhere are we told which setting to use on the sprayer, or how much area this covers. But let’s ignore that a moment. The article goes on to explain the “science” behind some of the ingredients.

OK, I’ll accept that. You can buy horticultural wetting agents, but soap will work too.

No, it doesn’t. The ammonia sold for household use is not the same as the ammonia in fertilizer. The nitrogen in household ammonia is in a form that the grass can’t use. Also, concentrations vary by brand. And finally, there’s so little nitrogen in this recipe that it isn’t a cost-effective way of fertilizing your lawn. If you want to apply nitrogen to your turf, buy lawn fertilizer—it’s much cheaper!

If we’re not supposed to use anti-bacterial dishwashing liquid because “it will kill off important microbes,” why would the recipe include mouthwash? Mouthwash is designed to kill microbes!

Then there’s the beer, the common ingredient to all these recipes. What good do the beer and soda do?

It’s not the yeast. Yeast is a fungus. Yeast doesn’t eat thatch, it digests sugars (which is why most bread recipes include a little bit of sugar or the equivilent). Adding it to your lawn will just result in a slimy mess and a backyard that smells like a brewery.

It’s not the carbs in the beer and soda, either. That little amount of sugar and starch might feed a few microbes, but they’ll quickly burn thru the simple carbs, just as we would. All you’ll get is heat, similar to that from a decomposing compost pile, but not nearly enough to notice. Soil microbes are adapted to feed on decomposing organic matter such as thatch, not sugar. (And if all you need is some sugar, why pay for a can of soda?)

Using beer and soda is an awfully expensive way to irrigate your lawn. I suggest you stick to water!

So there you have it. It’s far better to follow the lawn practices developed by years of research; you can find them on the CSU fact sheet on Lawn Care. In the meantime, wash your dishes with the dishwashing soap and your windows with the ammonia. Gargle with your mouthwash. And sit down, put your feet up, and enjoy a good, cold beer!

3 thoughts on “Gardening Advice: The Good, the Bad, and the Ugly”